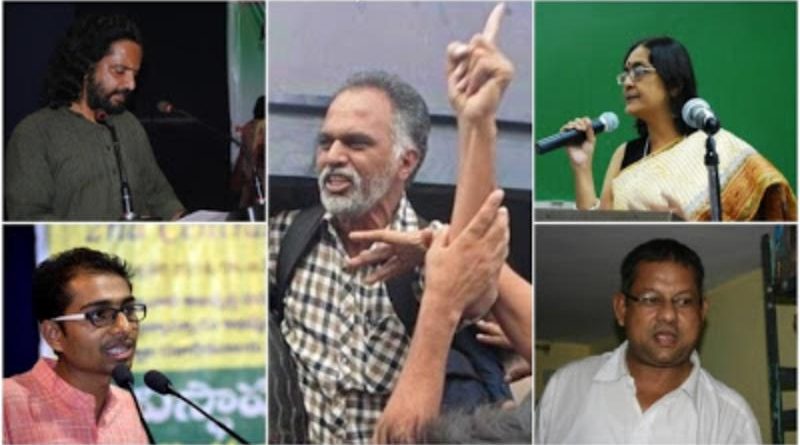 From the Comité Galego de Apoio a Guerra Popular na India (Galician Committee to Support the People’s War in India), we call to political, trade unions, progressive and democratic mass organizations to publicly show their rejection to this new wave of arrests of activists who serve the people by the Saffron fascist regime of Modi.
They even try by a letter -a fake proof put by police in the house of comrade Rona Wilson- relate them with an attack project against the reactionary prime minister Narendra Modi.

Immediate release of all those arrested!