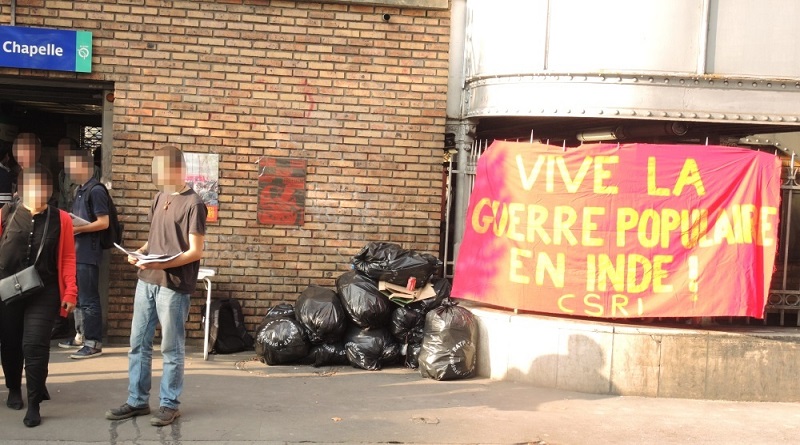 The People’s War in India is a long revolutionary process rooted in the uprising of 1967. Naxalbari sparked off a wave of revolutionary struggles across the Indian subcontinent, and despite this the fierce repression has never stopped. Strongly linked to the most exploited masses and oppressed people of India, the comrades in India have travelled through the ups and downs of the revolutionary struggle until today, in spite of thousands of fighters, members of the Party, activists of mass organizations or simple sympathizers and supporters killed by the police and the Indian army.

The counter-revolutionary struggle of the Indian state has expanded in recent years with the establishment of “Operation Green Hunt”, releasing its forces by tens of thousands in revolutionary areas. The objective is twofold: eliminate the “revolutionary threat” and be able to take control of tribal territories to facilitate the looting of natural resources (mainly minerals) by the great imperialist monopolies.

These projects who result in displacement and destruction of people’s livelihood sources is strong and alive, the resistance is led by the CPI (Maoist), the People’s Guerrilla Army of Liberation and the many mass organizations (peasants, women, students, tribal / adivasi, artists …). A new model of development has been introduced, opposed to capitalist development through the People’s Government (Janatana Sarkar). In response to this resistance, the Indian state sends its troops to burn villages, imprison, rape and kill all those suspected of contributing to the People’s War.

The most recent episode of this savage repression is the killing of 22 comrades and 9 adivasis in the jungles of Malkangiri (Odisha) on 24 October.

Comrades in India lead the most important revolutionary movement throughout the world and give us great lessons of self-denial and resistance against repression, being deeply linked with the most exploited and oppressed masses. We do not doubt for one second of their ability to overcome such an ordeal.

We bring by this message all our solidarity with the CPI (Maoist), the People’s Guerrilla Army of Liberation, the People’s Government, mass organizations, supporters and sympathizers of the revolutionary movement, the masses of India and reaffirm all our support for the People’s War that represents the hopes of millions worldwide.

Long live the People’s War in India!
Tribute to all martyrs!
Lal salaam!