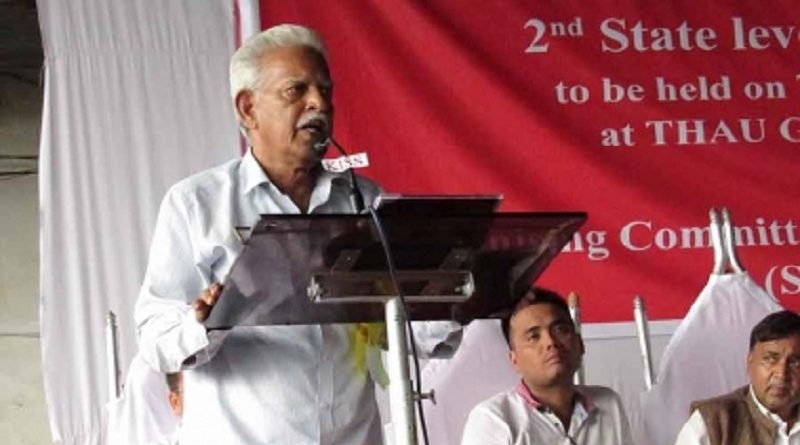 Addressing the function he said like the famous fake encounter of killing of CPI (Maoist) activist Prabhakar by Indian security forces in the Bejjangi forest in Odisha’s Malkangiri district on October 28 last year, many have also been killed in fake encounters in Manipur.

He said Irabot was responsible in the formation of state CPI in order to bring a good and corruption free society that does not depend on any other state. He narrated when and how Maoist came in Talengana.

President of Democratic Students Alliance of Manipur, Angamba said people seem to have forgotten the contribution of Irabot as people are neglecting the path of the martyr.

People as well as students should follow the path of Irabot to bring a good and well-being, corruption free society, he said.

As a part of the function pung cholom, Manipuri Thang-ta and dhol cholom was performed which enthralled the people present in the function.