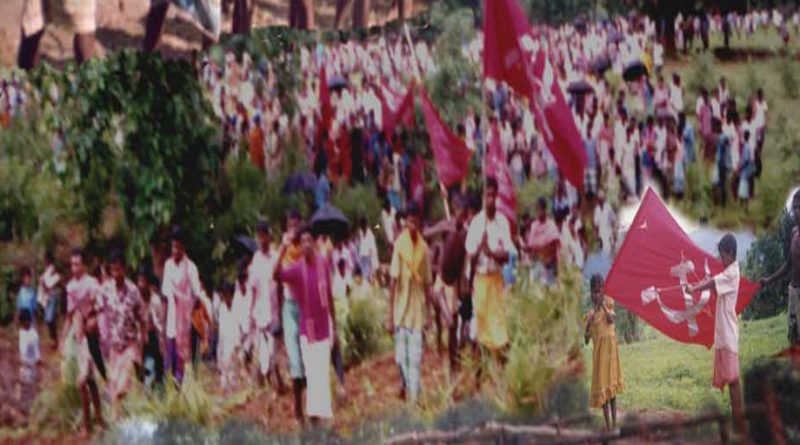 Police on Wednesday recovered three posters and one banner Maoists put up in Hurdanga panchayat under Karaikela police station area close to the border of West Singhbhum and Khunti district condemning the policies of chief minister Raghubar Das. A team of CRPF personnel who visited the spots with dog squads removed the posters. The posters have created panic ahead of Maoist bandh on Friday. The bandh has been called against the attempts of the state government to change land laws.

“Burn murderer Raghubar Das and police officers in the fire of Maoism,” one poster read. A police officer said other posters talked about intensifying the people’s war against the state and establishing the government of the peasants and the laborers.

Chaibasa SP Michael Raj said the posters were common posters Maoists usually put up to elicit people’s support which they have lost in the past few years. “The posters were removed by security personnel. It was close to the national highway passing through the district,” Raj said.

The security personnel quizzed the locals for information. The locals, a police officer said, told them the posters were put up at night and no one saw the Maoists putting up the posters. “It indicates presence of Maoists. A search operation has been launched and the local police stations have been alerted,” said Chaibasa SP.

The Maoists’ posters against Raghubar Das have come amid strong opposition to the state government’s proposals to amend land laws in the state. The origin and the existence of Maoists struggle are mainly to protect the land of the people.
The Maoists observed vengeance week from September 1 to 7, though the week was peaceful, against the same issue.
According to a press release issued by CPI (Maoist) Bihar Jharkhand Regional Committee spokesperson Gopal Maoists will observe bandh on Friday (TOI has a copy of the press release). The bandh has not been taken seriously by the police. Many police officers are not even aware of the bandh.
Police spokesperson IG M S Bhatia said that the Maoists have kept their plans of bandh secret. “An alert has been sounded across the state in the wake of the bandh. The Maoists bandh follows lack of propaganda which the Maoists usually do,” Bhatia said.