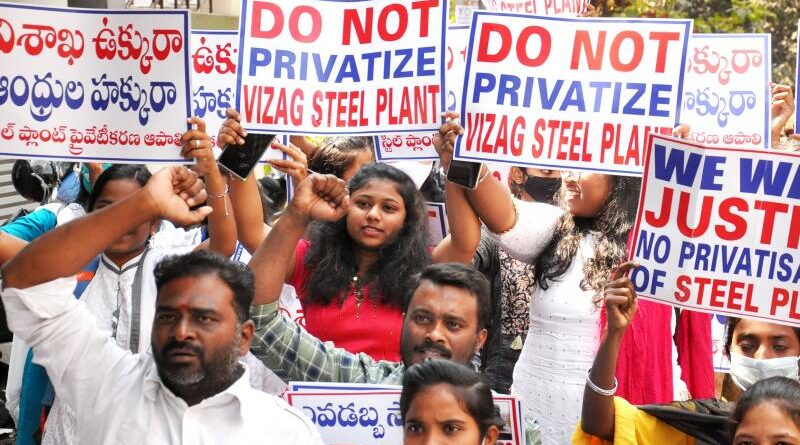 Kothagudem District, March 13, 2021: The CPI (Maoist) and its labor wing Viplava Karmika Samakhya called upon the people in Telangana state to observe March 15 as Anti Privatization Day protesting against the privatization of public sector entities by BJP-led NDA government at the Centre.

In separate statements released to the press here on Saturday, the CPI (Maoist) Telangana State Committee Spokesperson Jagan and Viplava Karmika Samakhya secretary Azad have accused the Modi government of selling out public sector companies to private corporate forces in the guise of development. They extended solidarity to the nationwide strike called on March 15 by the United Forum of Bank Unions (UFBU) to express resentment against the privatization of public banks.

The Modi government had thrown thousands of workers onto the streets by privatizing profit making Coal India. Acting as a tout for corporate forces like Adani and Ambani the government now wants to do the same with the lives of lakhs of workers of SCCL and Visakhapatnam Steel Plant, Jagan alleged.

Modi claimed that by the disinvestment drive his government wants to generate Rs 2.50 lakh crore for investing in welfare programs, but in fact he was selling the nation to the corporate forces. Those who were opposing the privatization are being branded as anti-national, he said.

The privatization drive was aimed at suppressing workers, farmers and weaker sections, Jagan and Azad stated. They called upon the people in the country and working class to stage collective agitations against the privatization to protect the nation from capitalist forces.