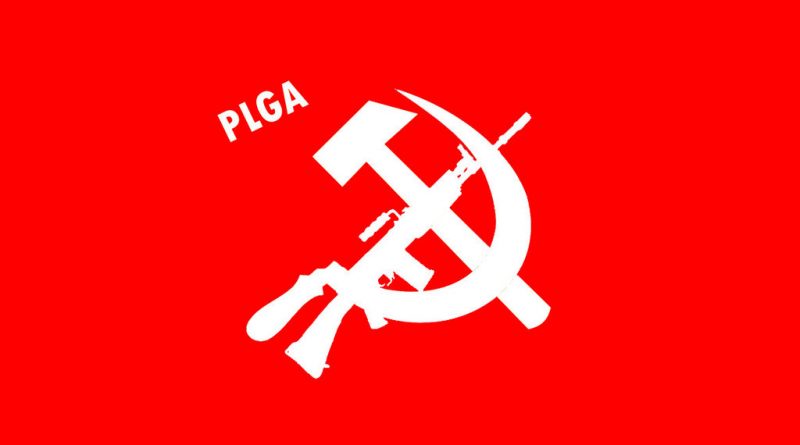 The exchange of fire between the police and the Maoists at Mundakkadavu tribal colony in Nilambur on Monday night strengthened the suspicion that the red rebels have succeeded in setting up a permanent camp deep inside the jungle in the Kerala-Tamil Nadu border.

Police sources said Monday’s firing was different from earlier incidents involving the Maoists as they opened fire directly on security forces. “We rushed to the spot following the lead that some Maoists had assembled in the tribal colony. They had brought a banner and a few posters for the observance of the 12th year of the formation of the CPI (Maoist),” said a member of the police team.

Six member of the Peoples’ Liberation Guerrilla Army (PLGA) were getting prepared to hold a meeting at the colony. “A person who stood guard outside the colony opened fire on us. The pellet hit the police vehicle, causing damage to it. The police also returned fire, forcing the Maoists to retreat,” he said. No one was injured. A huge posse of police led by the district police chief Debesh Kumar Behera conducted a massive search that lasted for hours.

For the past nine months Maoist squads have been frequenting colonies in Nilambur such as Uchakkulm, Punchakolli, Pattakarimbu and Mundakkadavu. Sources said senior Maoist leader and central committee member Kuppu Devaraj alias Manju alias Shanker has been camping in the area for the last few months.
“He is staying inside the forest and is holding classes. Earlier, he was in Palakkad, where he held a training camp for Maoist cadres,” sources said.
The peculiarity of the terrain and the support of the tribals might have prompted the Maoists to set up a permanent camp inside the Nilambur forests. “It may not be a permanent camp like the ones we see in some parts of central India but it is for the first time the Maoists are camping in a particular area,” sources said.
Kuppu Devaraj is the senior most Maoist in the tri-junction area of Kerala, Karnataka and Tamil Nadu. Hailing from Bangalore, Kuppu was the secretary of the Karnataka state committee. As a leader who has a thorough knowledge of the topography, Kuppu was given the military charge when the Western Ghats Special Zonal Committee was formed.