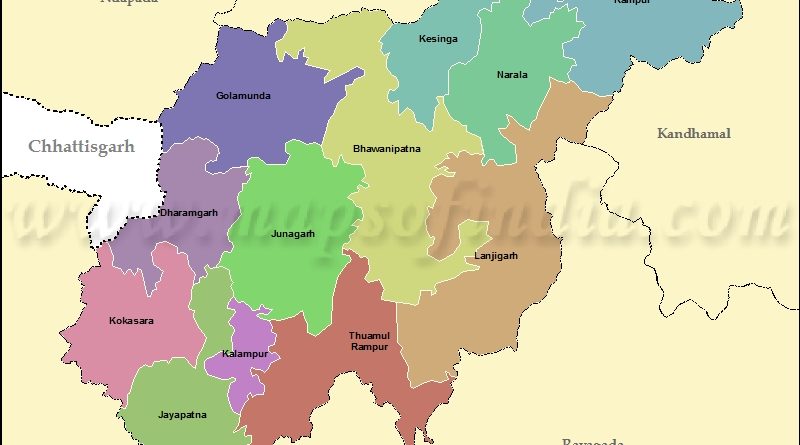 BHAWANIPATNA: Maoists have called for boycott of ensuing General Elections in the Lanjigarh block of Kalahandi district.

Maoist posters surfaced at Balabhadrapur under the block on Friday in which, ultras of the Baghuna Divisional Committee of CPI(Maoist) outfit urged locals not to vote and to join their armed revolution. They wrote that anyone talking about voting is a ‘dalal of samrajyabad’.

A day before, similar posters were found in the area demanding unconditional release of Niyamgiri activist Lingaraj Azad who was arrested recently for opposing setting up of a CRPF camp in Trilochanpur in the Niyamgiri foothills.

The Lanjigarh block has turned into a safe haven for Maoists, who entered the area by supporting locals’ protests against Vedanta. Such is the situation now that outsiders are not able enter the area. Sources said even as the hill dwellers are deprived of development schemes of the government, they are unable to speak out fearing Maoist attack.

In the last four years, Kalahandi has seen several killings of ‘police informers’ by Maoists. Besides, many development works including road construction in interior pockets of Lanjigarh, Thuamul Rampur, M Rampur, Ampani areas under Koksara and Bhawanipatna blocks have come to a grinding halt as contractors fear Maoist violence. To bring the situation under control, Government decided to set up a CRPF camp at Trilochanpur but that could not happen as supporters of Maoists protested it.
Meanwhile, the district and police administrations are drawing up strategies for smooth conduct of the elections in Maoist-hit areas.

The district has 1,405 booths of which, 220 are critical booths including 174 vulnerable booths having Maoist presence. In these booths, CCTVs will be installed and polling process would be videographed.
Kalahandi SP B Gangadhar said police is taking confidence building measures in the Maoist hit pockets to ensure that people vote. Security will be beefed up at all the critical booths during elections, he said.