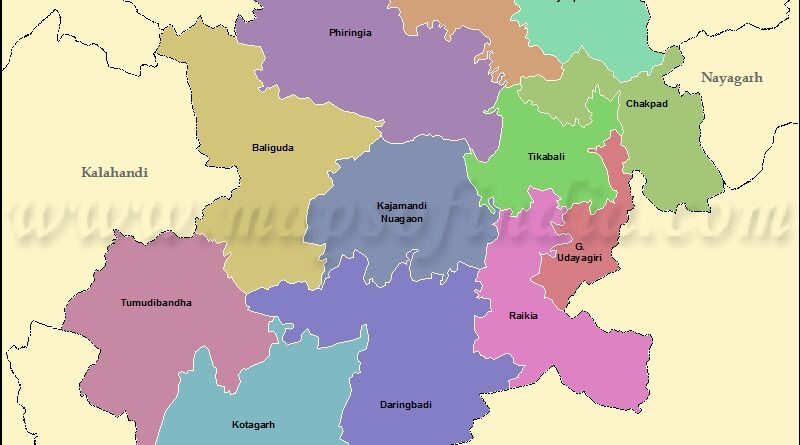 Kandhamal:  A poster seeking support for a seven-day bandh called by the CPI (Maoist) was found at Kanjamendi chhak under Nuagaon police limits here in the district on Sunday.

According to sources, the poster was purportedly pasted by KKBN division of the CPI (Maoist). In the poster, the red rebels have urged the locals to support the bandh from August 18 to 24. It is believed that the Maoists have called the week-long shutdown in the district protesting the Sirla forest encounter.

The CPI (Maoist) have also mentioned the names of few members of their group in the poster. This is the first time when the Maoists have put up a poster in the district after Sirla forest encounter.

As many as five Maoists including two women were killed during a gun battle with security forces in Sirla forest under Tumudibandha police limits last month. A huge cache of arms and ammunition were seized during the combing operation.

Earlier this month, at least four Maoist hideouts were busted and large quantity of live ammunition and other articles were seized following an exchange of fire between the ultras and security forces in Gandhamardhan Reserve forest under Paikmal PS limits in Bargarh.

About 10 to 15 CPI (Maoist) cadres managed to escape after the shootout that took place on August 8 morning for about half-an-hour.