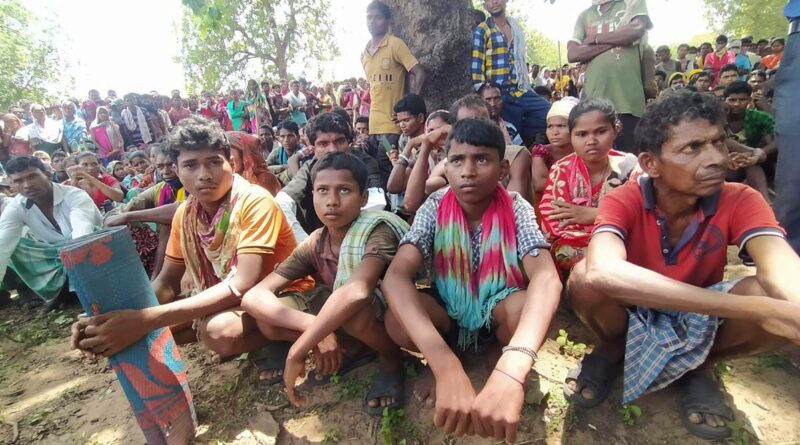 Sukma District, May 20, 2021: Three people were killed in an incident which took place on Monday afternoon when a group of villagers were protesting against the newly opened police camp near Silger village in Sukma district of Chhattisgarh state.

Amid the CPI (Maoist) call for ‘bandh’ in two districts on Friday against Monday’s killings in Sukma district near Silger camp, the villagers on Thursday again protested near the camp along with the three dead bodies, HT has learnt.

Three people were killed in the incident which took place on Monday afternoon when a group of villagers were protesting against the camp, which opened on May 12 near Silger village – a CPI (Maoist) stronghold along the border of Sukma-Bijapur districts.

The villagers have been demanding the removal of Silger camp and justice for the three tribals who died in Monday’s firing. They are also planning to start a protest again from Friday in which the residents of about 12 villagers will take part, a local said.

The villagers had claimed that security forces opened fire unilaterally on protestors and those killed were tribals while police said Maoists were part of the crowd that was protesting against the camp and that the ultras started the gunbattle.

Inspector-General of Police (Bastar range) Sundarraj P said, the preliminary investigation revealed that the three deceased were allegedly linked with frontal organizations of banned CPI (Maoist) but police are trying to ascertain this input.

The villagers claimed that those killed were farmers and on Thursday they put the bodies of the deceased at the protest site and demanded justice.

Meanwhile, on Wednesday evening, human rights activist Bela Bhatia, along with activist Jean Dreze, tried to reach the protest site but was stopped by the security forces.

“Held up outside Chiramangi CRPF camp. I was on my way to Silger but have been stopped. They have been told that I should not be allowed to proceed without the SP’s permission. In the morning, I had gone to the district hospital at Bijapur to meet the injured but was not allowed to talk to them. We (Jean Dreze and I) were told to undergo two covid tests at the hospital which we did even after being vaccinated. Even after six hours of wait, I was still not allowed to speak with the injured. Out of the five injured, I saw three had bullet injuries. Also, throughout my time in the hospital, a policewoman was following me wherever I went. I cannot help but feel that I have been deliberately kept from visiting Silger. I see this as an obstruction in my duty as a lawyer,” a statement issued by Bhatia on social media stated.

On Thursday, Bhatia claimed that the permission is still in process and meeting with officials is going on.

On the other hand, the CPI (Maoist) called for ‘bandh’ in Bijapur and Sukma districts on Friday in a written statement and stated that the villagers were protesting peacefully but senior police officers ordered firing upon unarmed tribals.