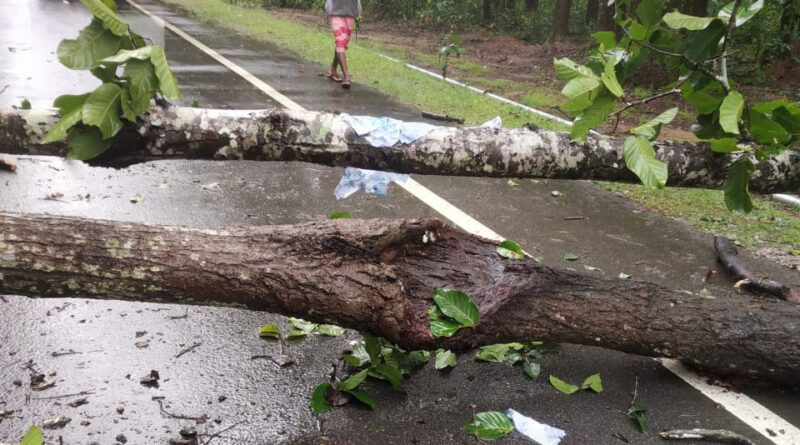 Kandhamal District, December 28: CPI (Maoist) cadres today blocked Kotagarh-Muniguda road near Radiguma in Odisha’s Kandhamal district by cutting down trees as a part of bandh observed by the party. Vehicular movement was temporarily disrupted due to the incident.

The Maoists also put up posters at various places in Kotagarh and Tumudibandha areas of the district urging the people to extend support to the bandh call. In the posters, the Maoists have opposed construction of CRPF camp in the area and destroying of ganja cultivation.

The CPI (Maoist) has also alleged that tribal people are being engaged as police informers through the lure of money and false promises.

The Maoists had earlier given an Odisha bandh call for today protesting the recent deaths of several Maoist cadres during exchanges of fire with security forces. Releasing an audio clip in this regard, CPI (Maoist) Odisha Committee spokesperson Sonali said the rebels will give befitting reply to the deaths of the cadres. Terming the deaths as killings by SOG and DVF jawans, she warned of destroying the police informers network.

The Maoist party has rejected Odisha DGP Abhay’s appeal to the Naxalites for surrendering before police, she said.