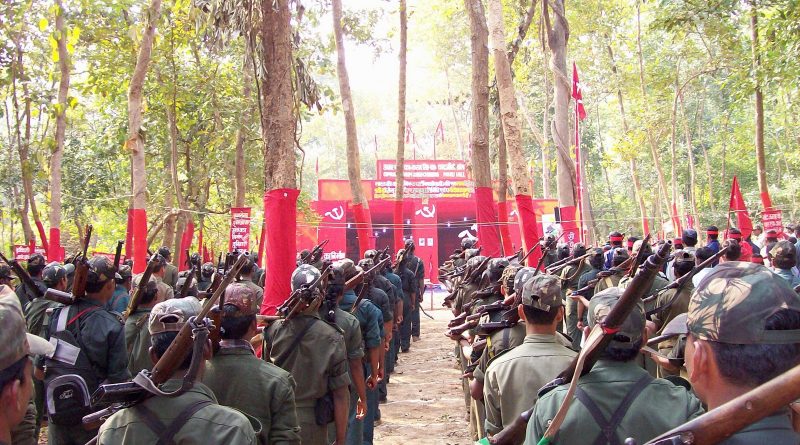 VISAKHAPATNAM: The security forces in Andhra Odisha Border (AOB) and their counterparts in Odisha are on a high alert as Maoists are gearing up to celebrate the 50th anniversary of the Great Proletarian Cultural Revolution (GPCR) and Naxalbari Armed Uprising as well as the centenary of the Russian Socialist Revolution and bicentenary of the birth of Karl Marx. Other events too are lined up for observance for the year such as Martyrs Week, CPI Maoists Formation Day and PLGA Week.

The cops suspect that Maoists, who are on a killing spree as an act of revenge for the Ramaguda encounter, may engage in violent activities to show their presence. A document released in the name of their general secretary Ganapati recently urged the cadres to use the occasions as a platform for recruitments and creating awareness among the people to wage war against the state.

The GPCR is observed before May, while the Naxalbari uprising is celebrated from May 23 to 29. The Maoists will observe Martyrs Week from July 28 to August 3 followed by the party’s formation day from September 21 to 27, centenary of the Russian revolution from November 7 to 13 and PLGA week from December 2 to 8.

The security forces apprehend that naxals will strike at random places to make it clear that the movement is very much alive. Police sources said as per the CPI Maoist document, the naxals will organise recruitment campaigns, armed processions, rallies, public meetings and group meetings in guerilla zones.

“The document urges the Maoist rank and file to urge the people to participate in the new democratic revolution and join the people’s war in large numbers and become more militant. Generally, naxals engage in violent activities during the PLGA celebrations and other occasions. But their plans changed in the recent years, so we can’t expect them to be calm,” a senior cop involved in anti-naxal operations told TOI.