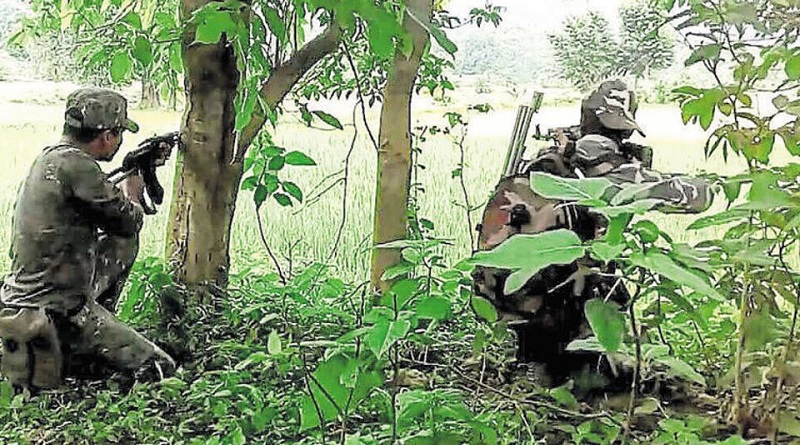 A jawan of the elite CoBRA squad of the CRPF was injured in an encounter with Maoist rebels in Jharkhand’s Singhbhum district on Sunday morning.

At least five Maoist guerilla fighters also believed to have sustained bullet injuries in the gun battle with the joint forces of paramilitary forces, Jharkhand and West Bengal police in Ghatsila area.

The encounter ensued when the joint forces launched a massive manhunt in the area to capture secretary of the CPI Maoists Bengal committee Akash, who is carrying a reward of Rs 1 crore on his head.

Akash is the last top Maoist leader holding the ground firmly in the Bengal-Jharkhand bordering areas, the police official said.

Wanted by both Jharkhand and West Bengal police, Akash, in his fifties, took over the control of the bordering areas of the two states after the death of the outfit‘s politburo member Koteshwar Rao alias Kishenji in an encounter in Jhargram in neighboring West Bengal in 2012.

Tents and utensils, apparently used by the Maoists, were recovered from the encounter site. Forces said they also found blood stains at the spot, which indicated that Maoists too suffered some casualties in the encounter.

The injured jawan was airlifted to Ranchi, where doctors at a private hospital were operating on his bullet injuries at the time of filing this report.