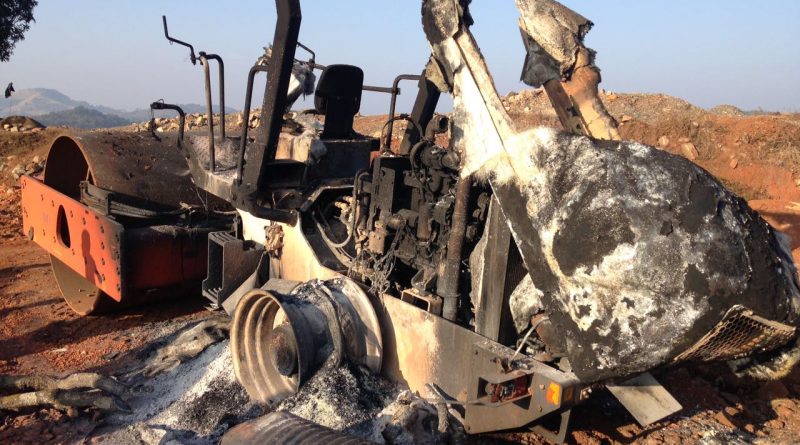 ROURKELA: After a lull, the Jharkhand-based operatives of the outlawed CPI (Maoists) outfit on Monday set afire five vehicles engaged in a construction project at Serengada hamlet near Kudaburu village within Sonua police limits in West Singhbhum district of Jharkhand.

The incident occurred about 100 kilometers from Sundargarh border in Jharkhand’s Porahat forest connecting Saranda jungle. The border pockets of Sundargarh are the worst affected by Maoist activities originating from adjacent Saranda forest in Jharkhand, sources said.As per reports, around 25 armed-Maoists in uniforms landed at the spot at about 12.30 pm on Monday and took away the mobile phones from the workers engaged at the construction site. Later, they set the construction vehicles including an earth moving vehicle and four tractors on fire after dousing diesel.  The vehicles belonged to KD Construction engaged in a canal construction work. Demand for extortion is suspected to be the reason behind the incident, but the construction company denied it.

On being informed, West Singhbhum SP Anees Gupta along with a police team rushed to the spot and took stock of the situation. Police said the incident appeared to be the handiwork of ‘Jiban Kandulna Group’, adding that anti-Maoist operation was intensified to sanitize the affected areas.