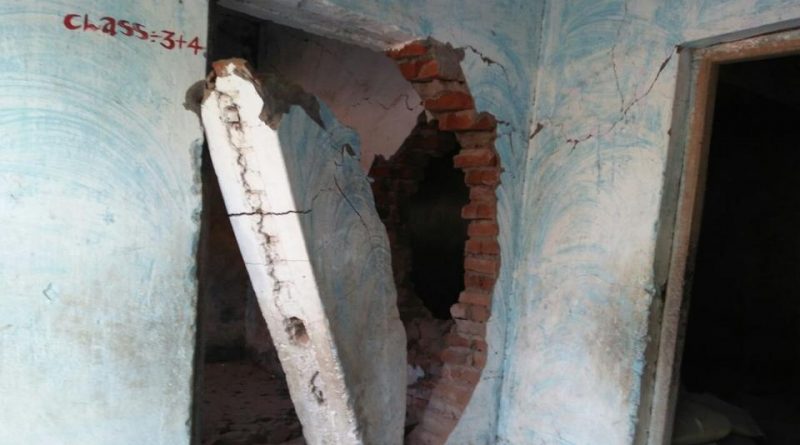 GAYA: Suspected Maoists triggered blasts in a community hall and an under construction police building at a village in Bihar’s Gaya district, destroying the two structures.

Both the buildings were under renovation to open a new police picket, locals said.

Police said an armed squad of the CPI (Maoist) stormed into Dhangai village in Barachatti police station area of Gaya district, about 100 km south of Patna, late Sunday night and planted dynamites that blew up the buildings. The ultras were wary of the police plan to set up a picket there for CRPF and SSB jawans to resume anti-Maoist operations, the police added.

Police could reach the blast site around Monday afternoon as Dhangai is a remote village, situated 19 km from block headquarters Barachatti and 60 km south of Gaya. The flooded Gulsakri rvulet also impeded the police movement.

Jyoti Kumar, sub-divisional officer of Sherghati, under which Barachatti block falls, confirmed the incident but refused to elaborate, saying the details were still awaited.

Sherghati sub-divisional police officer Upendra Prasad, however, said the buildings were not blasted but damaged manually. “Although signs of gunpowder were noticed at the site, there was no sign of any blast,” he said.

Prasad said: “The community hall building was renovated earlier, but there was no concrete plan to house a police camp. It were the villagers who suspected that a garrison could come up, which may have agitated the Maoists.”

Meanwhile, the police, in cooperation with the central forces, have launched a massive manhunt for Maoists across the jungles and hills of Barachatti, close to Jharkhand borders.