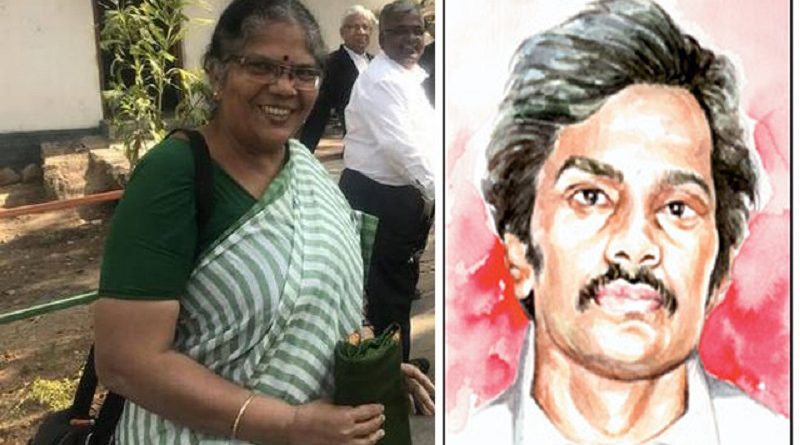 An Adilabad court set aside the orders issued by Judicial Magistrate of I Class Court-Adilabad in 2015 in the alleged encounter of Maoist partyʹs spokesperson Cherukuri Rajkumar alias Azad and journalist Hemachandra Pandey here on Thursday.

Bharata Laxmi, Additional District Judge for Adilabad Special Court for SC, ST cases, pronounced the judgment, setting aside the orders of the lower court, following a petition filed by the wives of Azad and Pandey, after the Judicial Magistrate of I Class Court- Adilabad rejected the protest petition in 2015. She then ordered the court to take cognizance against 29 police officials who were involved in the encounter that occurred in the forests of Sarkepalli in Wankidi mandal of present Kumram Bheem Asifabad district in 2010.

The judge heard the versions of lawyers of petitioners and advocate representing Central Bureau of Investigation (CBI) before giving the verdict. K Padma and Babita, wives of Azad, a member of Central Committee of Maoist party and Pandey, respectively, filed a revision petition with the court seeking its intervention in the verdict of the lower court, based on a report submitted by CBI.

The Supreme Court directed the Magistrate of I Class Court-Adilabad to allow the protest petition when family members of slain Maoist and journalist moved it in 2015. But, the lower court rejected the petition. The petitioners then approached High Court which ordered Adilabad Special Court for SC, ST cases to hear the case with regard to the encounter.

The CBI had investigated into the sensational killing of the duo and submitted a report stating that the encounter was genuine. But, members of Human rights bodies and wives of the killed raised doubts over the veracity of the incident.

Family members of Azad and Pandey expressed happiness over the verdict.