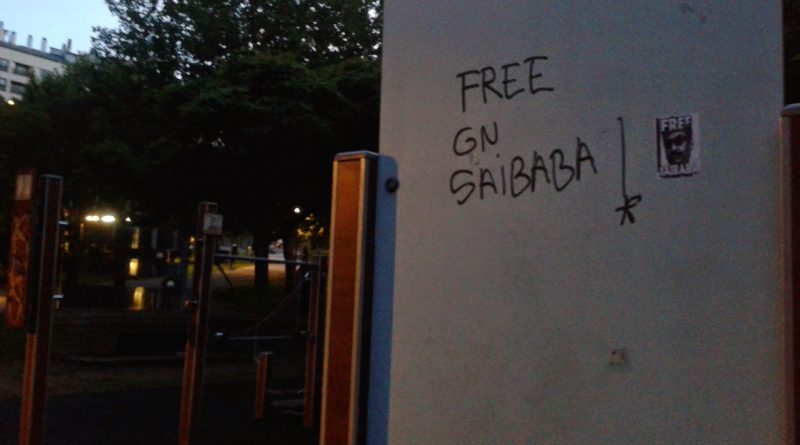 As G N Saibaba, a political prisoner, continues to languish behind bars, there is a question that all democratic-minded people ought to ask. Can we be silent while a person is persecuted simply because of his or her political views, ideas, and opinions? Saibaba has always been known as someone who has been vocal about the well-being of the tribals of this country, their right over their land, forest and rivers, and their right to lead a life of dignity. He has been critical of a particular model of “development” in ­India that has translated into the death, destruction and displacement of tribals in the millions. He has been vocal against the war on Adivasis, sponsored by corporate greed for minerals in the name of Operation Green Hunt. He has been a public intellectual, a professor of English in Delhi University, and has written and spoken extensively on the above concerns in his public life, both nationally and internationally. For this “crime” of having given voice to his conscience, Saibaba has been convicted. Just like Binayak Sen earlier, he has been branded as a “Maoist,” and subjected to a witch-hunt.

While he is in the process of appealing to the higher courts against the injustices meted out to him, we remain deeply concerned about his health, which is fast ­deteriorating due to neglect. Saibaba’s wife, Vasantha Kumari, has returned from Nagpur after visiting him in jail and expresses her apprehensions about his physical well being. Apart from being 90% disabled, owing to polio, and as a result, wheelchair-bound, Saibaba also suffers from multiple other physical ailments. During his earlier incarcerations he had been denied several life-saving medicines by the jail authorities, actions which have further ruined his health. To procure these medicines, as well as a bed, and to get medical check-ups done, Saibaba had to approach the courts every time. It was owing to his failing health that the Supreme Court bench led by J S Kehar granted him bail in April 2016 on medical grounds, admonishing the authorities for being “extremely unfair to [Saibaba], especially knowing his medical conditions.” Ever since he received bail, Saibaba had been undergoing treatment in several hospitals in the country. Apart from polio, which has affected both his legs, there have been progressive and incurable conditions of his spine and nervous system. The medical neglect in jail had almost cost him one of his arms, for which he was undergoing physiotherapy. In February 2017, Saibaba was diagnosed with acute pancreatitis and impacted gall bladder stones, and was advised immediate surgery in a hospital where special facilities for the treatment of people with severe disabilities was available. In fact just the week before the judgment that awarded him life imprisonment in March 2017, Saibaba had been admitted into the intensive-care unit in a hospital in Delhi. While he was scheduled to undergo surgery, he was sent back to prison. This time, the Court even refused to pass a separate order on the plea of Saibaba’s lawyer, to ensure appropriate medical facilities, instead, referring these issues back to the same jail authorities who had denied them the last time.

Kumari had written to the governor of Maharashtra, stating that Saibaba’s health “has become much deteriorated compared to my visit a month ago. A lump formed in his abdomen is growing and his health [is] becoming more critical. I was informed by my husband that the prison authorities are also worrying about his health. There are no adequate and necessary medical facilities in the Nagpur Medical College Hospital, Nagpur to treat his ailments.” In a press statement issued in December 2017, the National Platform for the Rights of the Disabled expressed serious concerns about Saibaba’s health stating that he “has 19 medical conditions for which he was undergoing treatment earlier. Due to this wilful neglect and denial of access to medicines, he has undergone blackouts frequently.” The same concerns were echoed by Amnesty International. “Denying medical treatment to a prisoner is never justified, and can amount to torture,” said Abhir V P, senior campaigner at Amnesty International India.

In a letter to Kumari, Saibaba wrote:

“We are small people working for small people’s rights in small ways. Why does this gigantic state fear our hopes, our love, our dreams? Have we done anything wrong to anyone? Did we have to harm anyone? Why are our lives violated? Why are dreams criminalised? Why are hopes crushed? Can we live in our own world, in our little dreamy world on our own, dashing against brutal and inhuman violent attack on our dreams?”

As Saibaba, Hem Mishra, Mahesh Tirki, Pandu Narote, Vijay Tirki, Prashant Rahi and hundreds of other voices of dissent, of conscience, languish behind bars, these questions from Saibaba should haunt all freedom-loving, justice-loving people.

The Bastar Solidarity Network (Delhi Chapter) demands the immediate release of Saibaba and all other political prisoners; that Saibaba be immediately transferred from Nagpur Central Prison to Cherlapally Central Prison, Hyderabad, so that his family members residing in Hyderabad can meet and extend moral support to him, while at the same time medical support can be provided to him in Hyderabad in any of the numerous government hospitals with required facilities; an end to Operation Green Hunt, corporate loot, atrocities on tribals, and the forceful displacement of Adivasis, in order to make way for the mining mafia; and an end to the witch-hunt of democratic rights activists, who speak up against the war on Adivasis and against corporate greed.