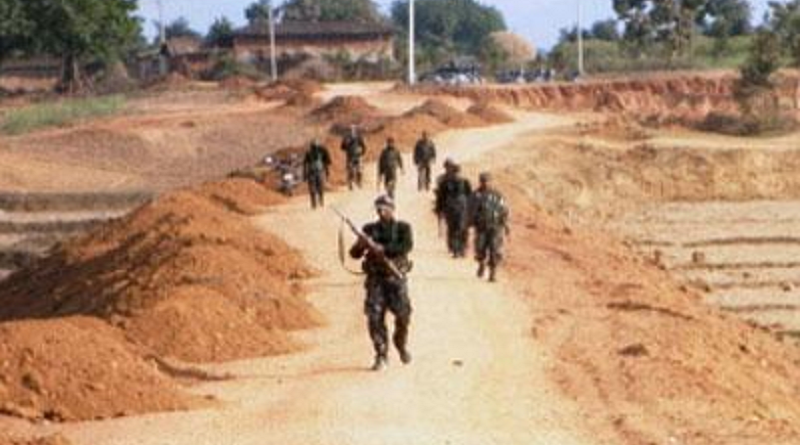 COIMBATORE: Suspected Maoists behind bars have revealed some disturbing news to Q branch police, claiming to have already set up camps with armed men at Nadugani in Nilgiris district a few years ago. This information came to light when Q branch police filed the chargesheet against the five suspected Maoists.

In the chargesheet copy (page number 14), the Q branch police claimed that Roopesh, his wife Shyna, Veeramani, Kannan and Anoop Mathew George were assembled at RC Bakery, Annur road at Karumathampatti on May 4, 2015 under the guise of customers of the bakery and committed criminal conspiracy by agreeing to do some offensive acts as members of the CPI (Maoist). Their purpose was to recruit youths from Tamil Nadu, Kerala and Karnataka to strengthen their armed squads in the Tri-junction area of Tamil Nadu, Kerala and Karnataka and collect funds for furthering their terrorist activities to wage a war against the Government of India.

According to the chargesheet, the Maoists had admitted to having organised terrorist camps in Nadugani area in Nilgiris district called Nadugani Dalam and in other areas in Kabini and Bhavani bordering Tamil Nadu, Kerala and Karnataka states. However, senior police officials say that so far there has been no Maoist infiltration in Tamil Nadu.

During the course of investigation, the Q branch officials came to know that Maoist leader Roopesh and his wife Shyna were residing in a rental house at Arul Jothi Nagar in Tirupur city for two years. Roopesh told his neighbour that his name was Ruban and he was selling medical equipment. Shyna introduced herself as Shoba and claimed to be working on a computer project.
According to the chargesheet, Roopesh and Shyna were law graduates.