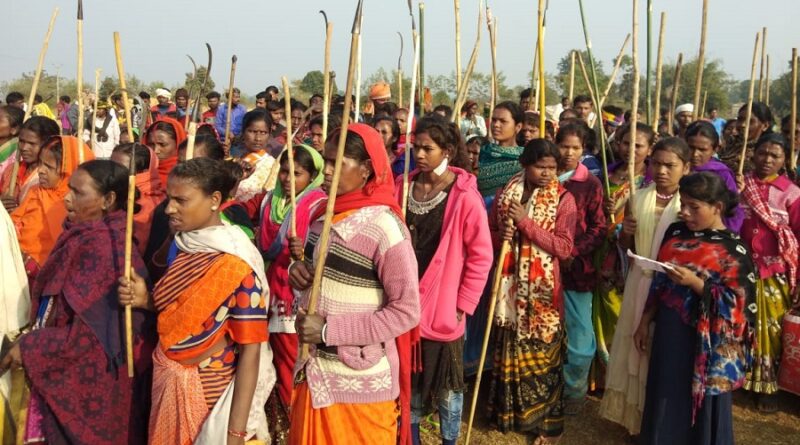 Giridih District, December 24: At least a thousand villagers launched an attack on the picket of Central Reserve Police Force (CRPF) in Pandeydih village under Pirtaand Block of Giridih district on Wednesday evening.

Holding traditional weapons, the villagers marched towards the picket. The attack has been alleged to be instigated by the Maoists.

The 7th Battalion of CRPF has opened a picket close to the house Ajay Mahato, a member of the Special Area Committee of the CPI (Maoist), in his village Pandeydih. Mahato is on the most wanted list of police with prize money of Rs 25 lakh on his head.

Pandeydih under Pirtaand Block of Giridih is a CPI (Maoist) stronghold. Apart from Mahto who is active from Parasnath to West Bengal and Orissa border, other Maoist cadres Karamchand Manjhi, and Dhirenda also belong to this village.

The entire Pirtaand block, which was once an impregnable fort of the Maoists, has now crumbled with CRPF’s bold presence and opening of the picket. By opening the picket virtually in the Maoists den, the Police and CRPF has managed to penetrate deep inside the area.

According to sources, the angry villagers, in which a large number of women were present, vandalized the picket. However, the CRPF jawans posted at the picket handled the situation in a calm and restraint manner using force and persuasion. The patience of CRPF personnel helped in normalizing the situation and avert any mishap.

In many places, Maoist violence has mellowed but despite all efforts, Ajay Mahto remains evasive. Mahto is involved in triggering several Maoist incidents and is presently active in the Chaibasa area, said sources.

CRPF DIG Dilip Kumar Chaudhary said, “The mob was there, but the CRPF personnel persuaded them to return. Naxal is directing and instigating them to protest against CRPF camp there.”

Sources said the villagers were opposing the opening of CRPF Picket in their village.

However, men-in-khakis believe that launching of the attack by villagers is a conspiracy of CPI (Maoist) cadre Ajay Mahto, whose entry to his house and village got restricted with the opening of the CRPF picket. The villagers before attacking the picket demonstrated with a traditional weapon and took out a procession in the village.

Police are camping on the spot after the incident. The atmosphere of the village remains tense at the moment.