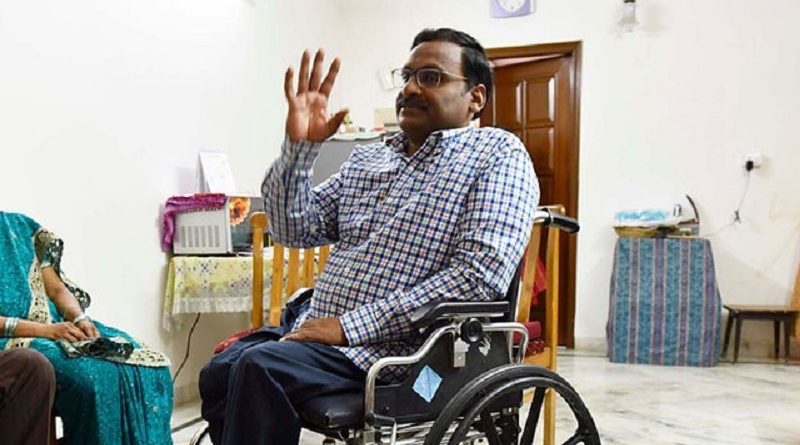 India Vermella: In token of a new sign of cynicism, hypocrisy and complicity with the genocide that is happening in India against the Adivasis, Dalits and activists, the European Commission answered to the question of MEP Lidia Senra on the situation of Professor GN Saibaba, thus, demonstrating the role of the UE in the exploitation and repression suffered by the Indians and more specifically in the case of Professor Saibaba, in which each passing day is one more day of torture for him.

From here we demand the immediate release of Professor GN Saibaba and all political prisoners in India, as well as the end of the genocide Operation “Green Hunt”.

Official link to the question, the official answer is available on the “Answer(s)” button
Answer given by Vice-President Mogherini
on behalf of the Commission
(4.1.2018)

As a signatory to major international human rights conventions and given its commitment to the United Nations (UN), the Republic of India has made constant efforts to progress with regard to respect for human rights and democratic principles. In connection with its membership in the UN Human Rights Council and most recently in the context of its third Universal Periodic Review, with strong participation of the EU Member States, it has pledged further action to improve the human rights situation and to fulfil its human rights obligations, with a particular emphasis on socio-economic development and the eradication of poverty.

The EU continues to follow the case of professor Saibaba convicted by sessions court in Gadchiroli district of Maharashtra in March 2017. As Professor Saibaba lodged an appeal against the verdict with the Nagpur High Court, the case is still sub judice. The EU has been raising the case on humanitarian grounds with the Indian authorities.”