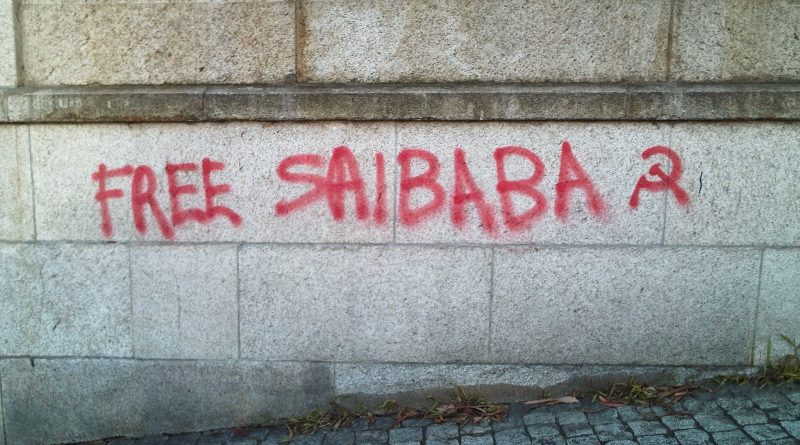 The prosecutor in the case of G.N. Saibaba, Mr. Prashant Sathianathan, have completed the prosecution argument in the court of principal district and session Judge S S Shinde at Gadchiroli on Wednesday.
Based on some files found in his computer, GN Saibaba is accused of having operated under the name of “Prakash” as the deputy secretary of Revolutionary Democratic Front (RDF), an outfit of the CPI (Maoist), and that he was working on behalf of Naxals. “This would probably be the first case of its kind where the prosecution has been able to conclusively establish its case almost entirely with electronic data evidence,” said Prashant Sathianathan, Special Public Prosecutor.

“The police had seized computer hard disks, pendrives and a lot of other material from the Delhi residence of Saibaba where he was arrested in May 2014. Many of his communications have been addressed to top Naxal bosses with the alias of ‘Prakash’. The same hard disks also had documents written with his real name. Through forensic investigations, it is possible to track the original authorship of any document in a computer. So, we were clearly able to establish that the authorship of documents written in different names of ‘Prakash’ and ‘Saibaba’ was the same, that is, Saibaba’s,” said Sathianathan.

He cites documents written under the name ‘Saibaba’ like a letter written to his daughter’s school headmaster, a letter written to his employer college, a letter written to a Hyderabad institute. He cites also letters written by Prakash to CPI(m), where Prakash speaks about his handicap, his frustration in Delhi and his plea to work underground instead of doing managerial works of RDF. Sathianathan continued his accusation saying that “The finding of all these documents in the same personal computer belonging to Saibaba and the subsequent electronic tracking of the original authorship has proved beyond doubt that Saibaba was working on behalf of CPI (Maoists)”

The prosecution has also put on record confessions by two of the arrested alleged Naxal couriers, Pandu Narote and Mahesh Tirki, that they had been directed by Naxal leader Narmada to escort Hem Mishra, another alleged Naxal cadre, who was arrested from Aheri in Gadchiroli in September 2013 when he had come to meet Narmada with some encrypted messages allegedly given by Saibaba. “Narote and Tirki have also confessed to have carried Rs 5 lakh from Narmada to be handed over to some other persons from Delhi earlier on,” said Sathianathan.

Mishra’s arrest was followed by the arrest of another alleged Naxal cadre Prashant Rahi at least eight days later, finally leading to Saibaba’s arrest. “We were also able to establish the code identification used by Mishra and Rahi like newspaper, cap, umbrella and banana, all of which were actually seized when they were arrested,” said Sathianathan.

Sathianathan said, “Additionally, we have also produced audios and videos where Saibaba is heard denouncing the parliamentary system of democracy and prescribing Naxalbari as the only way out. The videos also show him supporting separatist demands in states like Kashmir and Nagaland and also the Tamil cause in Sri Lanka. He is also heard eulogising Naxal leader Kishanji…”