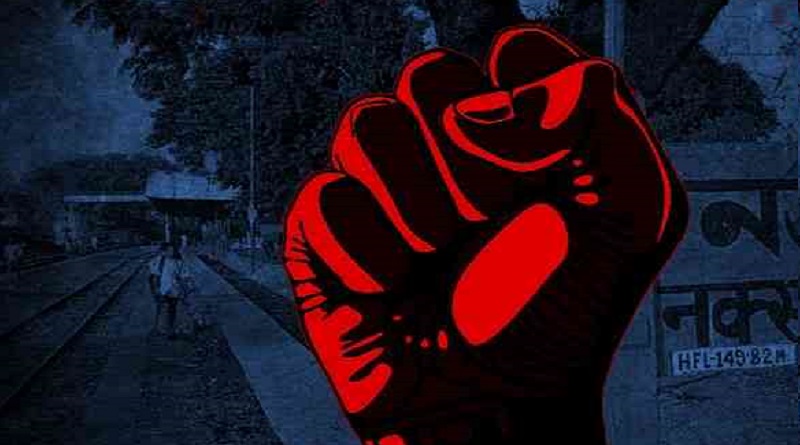 Pune: The Gujarat Anti-Terrorism Squad (ATS) arrested the husband of a Nagpur University professor, on Tuesday, on allegations of propagating Naxalism in southern Gujarat around seven years ago.

Sixty-two-year-old Tushar Bhattacharya was arrested from Nagpur station for his alleged Naxal links with regard to a case registered against him and 21 others in 2010.

Bhattacharya is the husband of Nagpur University professor and social activist Shoma Sen, who has condemned the act and called it ‘abduction of her old and ailing husband’.

Sen said, “My husband Tushar Kanti Bhattacharya has been arrested by Gujarat police from Nagpur railway station. Fifteen days ago, he went to Kolkata to meet his sister and was returning from there by Gitanjali Express, which reaches Nagpur at 7.30. I had been trying to contact him on his phone from 6 am, but it was not reachable. However, at about 8.30 am, I was informed by a lawyer that Tushar called him to inform him of his arrest by Gujarat ATS, who were taking him to a sessions court in Surat.”

Sen said that after his arrest, Bhattacharya was taken to Nagpur airport in order to board a flight to Gujarat. Sen said, “My husband was previously arrested for his alleged involvement in Naxalism in Telangana and was imprisoned in Cherlapally Central Jail, Hyderabad, from year 2007 to 2013. In 2013, he was given an acquittal in all the Naxal cases and was living a retired life with me in Nagpur. “

“However, in 2010, some activists were booked in Surat on allegations of propagating Naxalism in south Gujarat, my husband’s name also appeared in the chargesheet and, when he came to know about it, he filed applications to Surat court and the police to initiate a judicial procedure in that case to prove his innocence, but nothing has been done by them despite his repeated requests. He was not living in hiding. He is not a criminal. In fact, all the people chargesheeted in the case were granted bail,” added Sen.

Lawyer Susan Abraham, who also works for the Committee for Protection of Rights, said, “Bhattacharya was released from jail in 2013 and was living a peaceful life. There was no need for ATS to arrest him in way of abduction. They could have issued a warrant from court and he would have gone there. He himself has requested in the past for the judicial procedure in the same case, but authorities didn’t react to his application.

“Now, the Gujarat ATS and Nagpur police will make stories of his Naxal activities, they will act as if they have arrested some big Naxalite. He is an ailing man and needs medical attention. Who will be responsible if something happens to him?”

Vernon Gonsalves, a social activist based in Mumbai who was also booked in the case, said, “In February 2010, Surat police filed an FIR that Maoists are going to start working in southern Gujarat. They didn’t mention the name of anyone in that FIR. However, two months later, they filed a chargesheet with the names of 11 people of CPI(ML) Janshakti, which was not a banned organisation.”

An official in the Gujarat ATS has confirmed the arrest and said, “We have arrested Bhattacharya for his Naxal links and involvement in a case in Gujarat.”