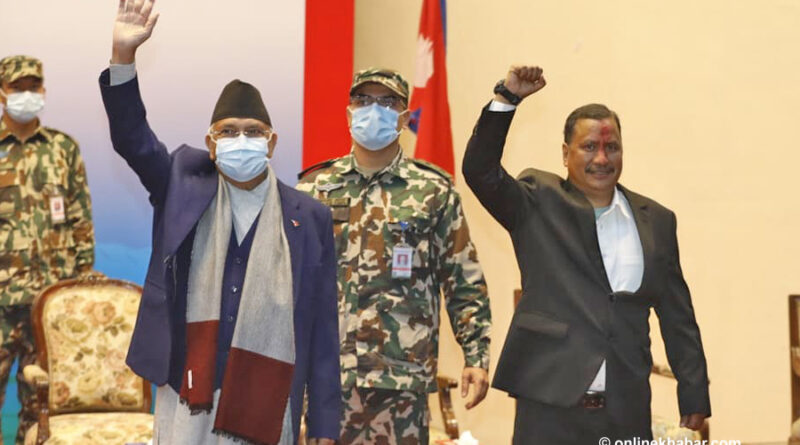 Kathmandu, March 22, 2021: Weeks after the government signed a peace deal with the party led by him to bring it to peaceful, mainstream politics, Netra Bikram Chand ‘Biplav’ met Prime Minister KP Sharma Oli on Monday and asked him when the party’s leaders and cadres will be released.

Before the talks earlier this month, the government had been arresting cadres of the party and prosecuting them on various criminal charges, but the government had committed to releasing them. Nonetheless, since many of the charges are genuine, experts think it is an unimplementable promise.

Hence, Biplav went to Oli’s residence in Baluwatar and said it was already late to implement the agreement by releasing the cadres, according to the party’s central leader Udaya Bahadur Chalaune.