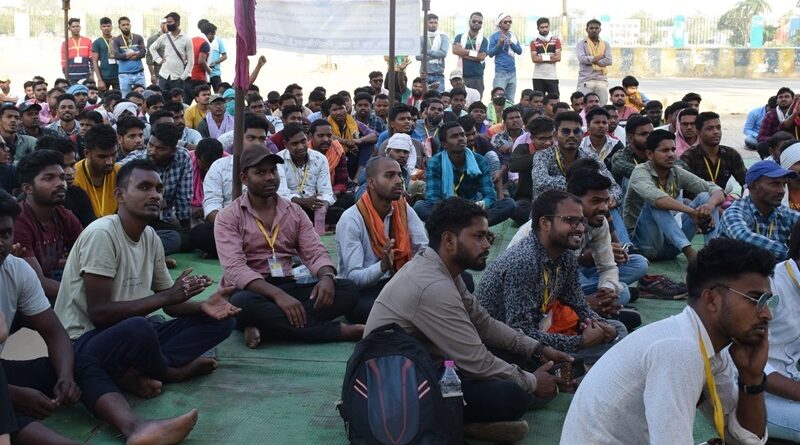 Raipur District, July 25, 2022: As the Chhattisgarh MLAs celebrate the recently awarded salary hike, the state government employees begin their 5-day strike from today (July 25) to push for a much-needed increase in their Dearness Allowance (DA) and freight allowance equivalent to the central government hike as per the 7th pay commission.

This protest, which will continue till July 29, is against the Bhupesh Baghel led state government of Chhattisgarh.

The state government gave its approval in the Vidhan Sabha (state legislative assembly) to increase the salary and allowances of MLAs (members of legislative assemblies) last week. Earlier, MLAs used to get a salary of Rs 95,000 per month. Now it has been increased to Rs 1,50,000 per month. Also, medical and telephone allowances for the MLAs have been increased by 5,000 each.

Who is leading the protest?

Chhattisgarh Officer Employees Federation will be spearheading the protest. They will also carry out rallies across the state to gather more support from other organizations.

According to the federation officials, “There’s a 17 per cent difference between the DA of a state government employee and that of a central government employee. Interestingly, the HRA (House Rent Allowance) payable hasn’t been updated to the 7th commission pay scale. It’s still as per the 6th pay commission and doesn’t even beat the current inflation.”

The official further added that if the dearness allowance and rent allowance are implemented, then every employee will get 5000 more. Apart from these, various deductions are also being made in salary and allowances in the garb of reducing administration expenses.

Which organizations are supporting the 5-day strike?

The Dandakaranya Special Zonal Committee of the CPI (Maoist) has supported the five-day strike of the Chhattisgarh employees starting from Monday. The Chhattisgarh Teachers Association has also announced its support for the strike and will not be going to schools. Around five lakh employees working across various departments will join the protest. A total of 75 employee organizations are also very likely to join the movement.

The protest had begun eight months ago when the state employees emphasized the same demands with a symbolic demonstration and worked at irregular intervals.

Meanwhile, the cabinet committee has recently given approval to the proposed amendment bill to increase the salary of the MLAs. It will be tabled in the monsoon session of the Assembly. The Chhattisgarh MLAs will get an expected salary hike of Rs 40,000, which will put an extra burden of Rs 35 lakh on the exchequer per month. With the passage of the proposed salary amendment bill, the legislators of Chhattisgarh will be entitled to receive Rs 1.50 lakh per month.

This is the second time that MLAs’ salary has been hiked since Bhupesh Baghel came into power.