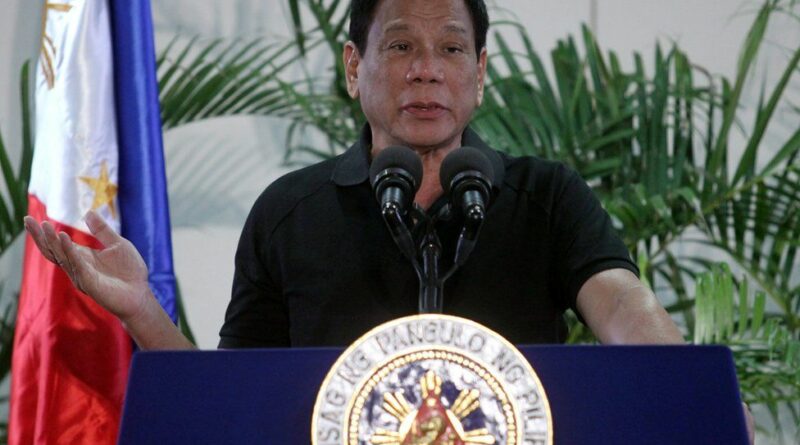 The Communist Party of the Philippines (CPP) enjoins all patriotic and democratic forces and advocates of justice and peace both here and abroad to unite and firmly denounce the US-Duterte regime and its “Anti-Terrorism Council” (ATC) for its “terrorist designation” of the National Democratic Front of the Philippines (NDFP) in its Resolution No. 21 issued last June 23.

1. The ATC designation of the NDFP was done with the manifest aim of further shutting all doors to peace negotiations as a means of resolving the roots of the civil war in the country. It is a devious attempt to overturn all past achievements attained through peace negotiations, including signed agreements covering human rights and international humanitarian law.

The ATC designation is a virtual slap on the face of the Royal Norweigian Government which has long provided its good offices as Third Party Facilitator in support of peace negotiations between the NDFP and the Government of the Republic of the Philippines (GRP).

The ATC is clearly acting as a stooge of Duterte’s National Task Force to End Local Communist Armed Conflict (NTF-ELCAC) which has grown its power through the elevation of the counterinsurgency war as the central policy of the regime.

The ATC resolution further boosts the power and prerogative of the military and police generals in determining the future direction of the Philippines.

2. The ATC designation of the NDFP clearly is part of the schemes of Duterte to cling to power beyond 2022 by all means. It comes months after the ATC made the same designation against the CPP and the New People’s Army (NPA), and against 19 individuals, many of whom are peace consultants of the NDFP.

It further lays down the groundwork for a general crackdown against the patriotic, progressive and democratic forces who are vigorously fighting the Duterte’s terrorist regime and resisting his schemes to perpetuate himself in power.

In the face of the unabated red-baiting against the legal democratic forces by the ATC officers themselves, it has now become only a matter of time that the ATC will designate social activists, peace advocates as well as the political opposition, as “terrorists” or complicit with terrorism. This will provide the legal cover for the military and police to further intensify its mass murder, mass arrests and imprisonment against all political dissenters, as they have been doing during the past few years under Duterte.

3. Designating the NDFP or other patriotic and democratic forces as “terrorists” aims to draw away attention from the regime’s crimes against humanity and its policy of attacking civilians in the course of waging its dirty counterinsurgency war. Being the number one terrorist in the Philippines, the tyrant Duterte has zero moral authority to denigrate the people’s national democratic cause.

4. The ATC “terrorist designation” of the NDFP, as well as its previous resolutions against the CPP/NPA and against peace consultants and other individuals, are all done without basis and with a clear aim of misrepresenting and vilifying the deep aspirations of the people to end injustice and attain national and social liberation. It shows how the term “terrorism” is unjustly being used as a catchall legal net against political dissent and just revolutionary resistance.

The ATC only proves further why the “Anti-Terrorism Law” is an undemocratic and draconian law that is being used as tool of oppression against the people.