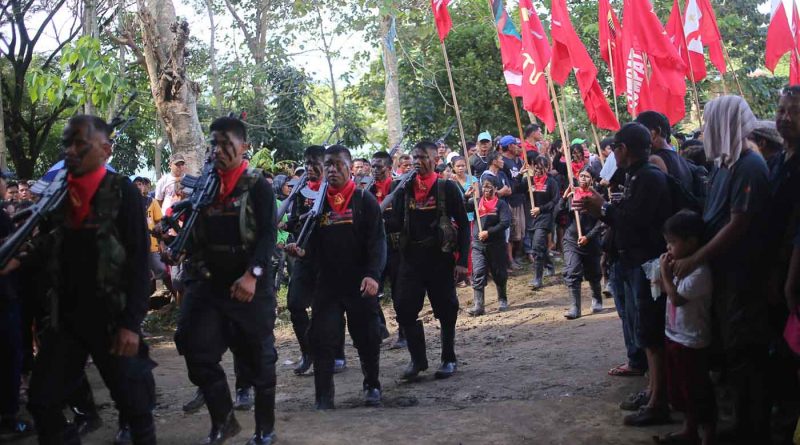 The New People’s Army operating in the province of Sorsogon (Celso Minguez Command) belied military reports that five rebels were killed in an encounter in Barangay Dolos, Bulan, Sorsogon in May 8. “No NPA unit was in the area, no encounter transpired and all victims of the massacre were civilians,” Ka Samuel Guerrero, spokesperson for the NPA in Sorsogon, said in a statement on May 8.

The victims were identified as Jeric Vuno, Jerry Palanca, Raymundo Tañada and Jaime  Tañada. All were family members and peasants in the village, added Guerrero. Another victim, Robert Villafuerte, was reported to have a mental health condition.

Investigations by the NPA revealed that soldiers and police encircled the village at around 5:00 a.m. and  seized the victims. “They were then brought to the nearby river where they were summarily executed,” the NPA said.

The joint operation was conducted by the 31st IB, PNP 9th Special Action Force Battalion, military and police intelligence units, as well as regional and provincial mobile force units of the PNP. Rebels said the raiding team took away at least P25,000 from community residents.

After the massacre, the soldiers and police proceeded to the adjacent village of Calpi and illegally entered the residences of Alvin Abuyog, Randy Golimlim and Marissa Estiller. Two other residents and Estiller’s minor children were also beaten up. The victims’ cellphones were taken.

On April 19, at least 15 residents of Barangay San Juan Daan of the same town were attacked by the said police and military units. The residents reported cases of grave physical injuries, robbery, illegal search and illegal detention.