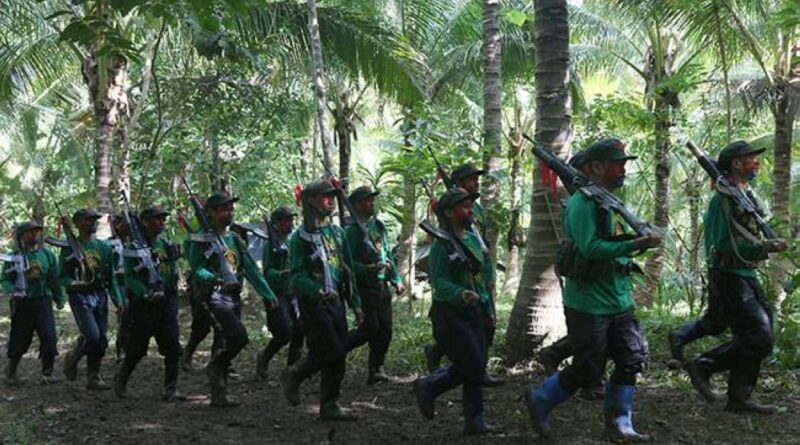 To mark the National Heroes Day tomorrow and commemorate the 125th anniversary of the Cry of Pugad Lawin, the clarion call for the armed revolution against Spanish colonialism, let us honor the Dolores Martyrs as heroes of the Filipino people, together with other fallen revolutionaries and Red fighters who sacrificed their lives for the continuing struggle to attain national and social liberation.

The Dolores Martyrs are true heroes of the oppressed and exploited masses. They are the 19 Red fighters of the New People’s Army (NPA), many of whom were young peasants from several villages in Dolores and other adjacent towns in Eastern Samar province, who perished as around 4,000 pounds of bombs were dropped from the air by the US-Duterte fascist terrorist regime last August 16.

They were among the best sons and daughters of the people who gave their all to serve the interests of the masses. When they joined the people’s army, they and their families defied all the fascist threats and intimidation. They were committed to the people’s national democratic cause and were determined to offer their lives to put an end to the people’s hunger and sufferings due to the lack of national freedom, oppression and exploitation of the peasant masses, workers and other toiling people.

The Dolores Martyrs and their NPA unit were beloved and deeply supported by the peasant masses of Hikontol and Hinolaso Valley. Their unit gained the deep support of the people in Dolores and other towns after they fought to dismantle the military- and police-protected armed criminal syndicates that were behind the trafficking of illegal drugs and other nefarious activities in the area. They also fought the despotic landlords and land grabbers who victimized the small peasants and land owners and farmworkers.

Like all revolutionaries, they found ultimate joy in giving all they can to serve the masses. The peasant masses were elated when they helped work the land especially when recent typhoons and pests ravaged their crops and destroyed their farms. They provided invaluable health service, literacy and education classes, and cultural activities. In particular, they campaigned to raise the people’s awareness and knowledge of the Covid-19 pandemic in order to collectively act to prevent the infections spreading into their villages.

They helped the masses unite and build their organizations to consciously change their conditions and shape destiny by linking up with the overall revolutionary struggles of the Filipino people.

For having served the people, the Dolores martyrs earned the hatred of the fascist regime. Duterte and his fascist minions spent billions of pesos in bombs, bullets and artillery rounds to unleash state violence and rain terror on the NPA and the broad masses. They, however, succeeded only in further rousing the people’s outrage against its fascism and corrupt rule. Even more young people are ready to take the place of the Dolores martyrs and raise the banner of the people’s revolutionary resistance.

The people consider the Dolores Martyrs as their true heroes. Let us extol and emulate their lives and honor them together with all our other revolutionary heroes.

Let us be inspired by their martyrdom to strengthen our resolve to wage revolutionary resistance and carry forward the armed struggle to fight the fascist and state terrorist regime and put an end to imperialism, feudalism and bureaucrat capitalism.