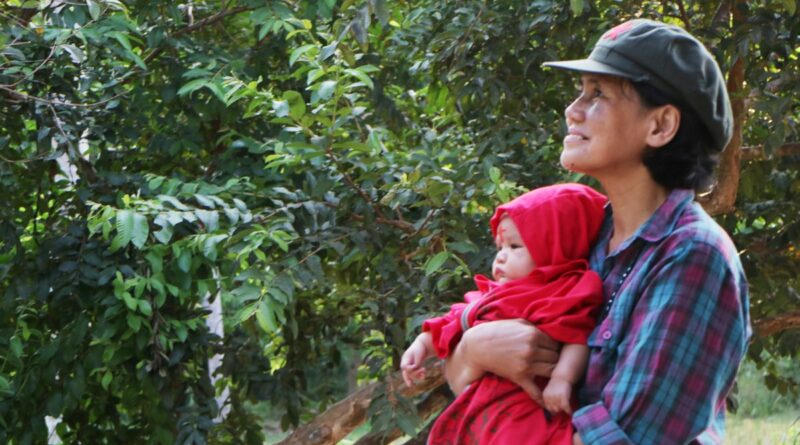 We join the clamor of women’s groups, artists, poets, rights defenders and other democratic organizations for the immediate release of Adora Faye de Vera. Adora Faye was arrested by police last Wednesday afternoon in her place of residence in Quezon City, and later brought to Calinog town, Iloilo, where she is being made to face false criminal charges. She joins at least 800 other political prisoners in the Philippines who continue to suffer unjust incarceration.

Adora Faye is an artist, a poet, and a dedicated and tenacious servant of the people. She is a patriot, a fighter for women’s rights and revolutionary. At a young age, she joined the fight against the Marcos martial law regime and fought in all fields of battle against the fascist dictatorship.

She and her two companions were abducted in 1976 by military forces in Quezon province and kept in a military “safe house” in Bicol. They were subjected to extreme forms of torture, including being forced to carry out sexual acts. Her two companions–Flora Coronacion and Rolando Federis–were later disappeared by the military.

Adora Faye was repeatedly raped by her captors and later forced to undergo an abortion. She was sexually enslaved for more than a year. She would succeed in freeing herself from her torturers one year later.

She later joined the armed revolution in the Bicol region where she served the peasant masses, joined in their struggle for land reform and continued to fight the detested dictatorship. In 1983, in an attack by Marcos’ fascist troops, she was shot in the leg which caused her grave injuries.

Adora Faye was released along with hundreds of other political prisoners in 1986 after the downfall of the US-Marcos dictatorship. She was among those who led in the class suit against Marcos for gross human rights violations which they won. Their victory is a landmark jurisprudence and established historical reference for the multitude of crimes against humanity perpetrated by the military and police forces under the US-Marcos dictatorship.

In the face of unchanged social and political conditions, Adora continued to dedicate herself to the cause of women’s liberation and the people’s national democratic movement. Over the past years, despite her injuries and weakened physical state, she defied all difficulties of travel and trekking long distances just to be with workers, peasants and other oppressed sectors of society.

Throughout her life and now at 66 years old, Adora Faye never wavered in her dedication to serve the people. She continues to give all her strength and talents to the people’s cause. She continues to write poems and songs and imparts her broad knowledge to enlighten and raise the consciousness of the youth and the new generation of revolutionaries.

Adora Faye continues to be steadfast in the fight against imperialism, feudalism, bureaucrat capitalism. On orders of Marcos, the fascist running dogs went after Adora Faye to have her put back in jail. She is being punished by the reactionaries for refusing to give up on her dedication to serve the people. This is unjust and cruel punishment. For all her service to the cause of the oppressed and exploited masses, Adora Faye de Vera deserves to be free!