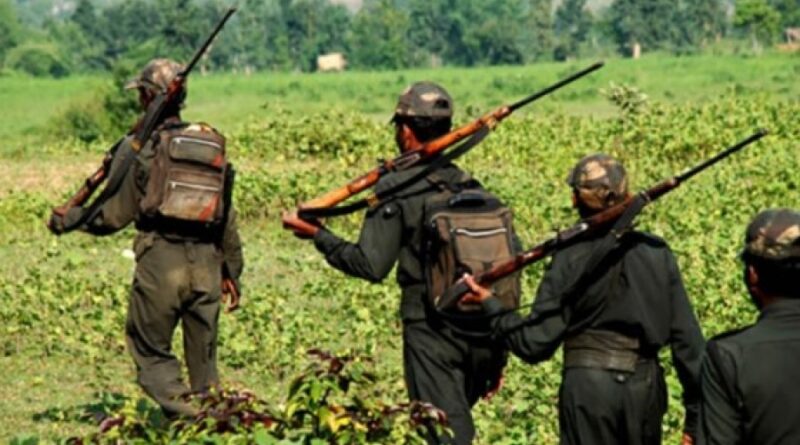 KHAMMAM: The exchange of fire between police and members of the banned CPI (Maoist) party in the erstwhile districts of Khammam, Warangal and Adilabad on Wednesday, clearly indicates that Maoists have increased their activities in Telangana State. With this, one can presume that the Maoists have strengthened their base in Manugur division in Bhadradri-Kothagudem district.

According to sources, the Maoist cadre and leaders from Telangana who had been working from Chhattisgarh for a long time, were recently asked to return to their native areas by the party leadership, owing to the rising tension between Telugu Maoists and local Maoists in Chhattisgarh.

As per the party leadership’s advice, Maoists from Telangana returned to their native places and started setting up bases in their respective areas. According to official sources, as many as three party dalams and four action teams currently operate from Manugur division. It is learnt that the members of all these teams entered Telangana, from Chhattisgarh, by crossing the Godavari. They are now on the hunt for suitable bases and are also trying to expand support for the party at the ground level.

On Wednesday, the Maoists who were moving along in Mallepallitogu forest in Bhadradri-Kothagudem district had opened fire when they saw Greyhounds’ constables combing the area. The police also returned fire. A constable was injured in the incident.

Police in neighboring Agency areas of Mulugu, Jayashankar-Bhupalpally, Adilabad and Mahabubabad districts intensified combing operations following information that Maoists had entered the area from Chhattisgarh. In another incident that happened on the same day, Maoists and cops exchanged fire at Thokiguda village in Tiryani mandal of Adilabad.

It maybe recalled that before the formation of Telangana in 2014, Maoist activities were rampant in the erstwhile Andhra Pradesh, especially in Bhadrachalam Agency division from where at least one incident of Maoist extremism used to be reported every month. After 2014, the situation changed and the authorities somehow managed to curb their activities in the State.

However, it seems as if the situation is slowly taking a U-turn and the Maoists are strengthening their base in the Agency areas in the district, posing a major threat to Telangana. The district police officials, who are on the frontline in the battle against Covid, are now reeling under work pressure trying to tackle the Maoist-menace in tandem.

According to intelligence sources, the Maoist leaders are now focusing on expanding their base in those districts situated on the banks of Godavari.

A source in the Police Department, who wished to remain anonymous, told Express that the modus operandi of Telangana Maoists is completely different from other Naxal groups, as they are well trained.