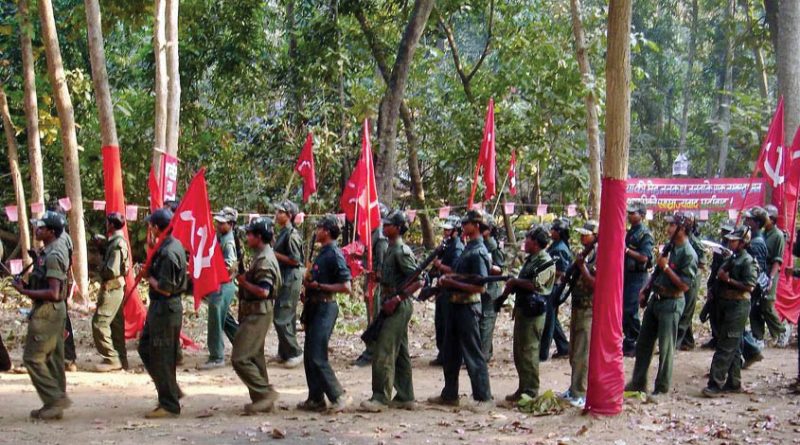 Gadchiroli District, May 23, 2022: Gadchiroli district in Maharashtra state, one of India’s 25 districts most affected by Maoist activity according to the ministry of home affairs, has been identified as one of the four key regions where the Communist Party of India (Maoist) and its armed wing, the People’s Liberation Guerrilla Army (PLGA), were forced to make a ‘temporary retreat’ after severe setbacks sustained in the course of counter-Maoist operations by security forces over the last several years.

The Maoists claim to have sent a ‘guerrilla company’ to salvage the strength of the PLGA. The rare admission has come in a Maoist document titled ‘The Growth of People’s Liberation Guerrilla Army in the Long-term Democratic People’s War (2000-2020),’ issued by them recently, to mark the PLGA’s formation in December 2000.

The document gives an account of the Maoists’ major accomplishments, failures and challenges towards the goal of attaining ‘a new democratic people’s revolution’ through a ‘people’s war’. This document, which has been reviewed by the FPJ, while referring to Gadchiroli and Gondia districts in Maharashtra state (identifying these as ‘guerrilla zones’, along with the ‘Balaghat-Bhandara divisions’ in Madhya Pradesh state), claims that they had faced ‘serious oppression’, as a result of which their ‘movement’ had to effect a ‘temporary retreat’.

“The party and the PLGA had to make sacrifices in a bid to carry forward the movement, while facing formidable attacks that came in the course of the enemies’ counter-guerrilla war against us, which became more serious by the day. The urban movement had to make a temporary retreat. Due to the losses suffered in those areas, the movement there had to retreat temporarily,” the document states.

Further, the document claims that many operatives lost their lives between 2001 and 2014, in encounters with security forces at places including Gadchiroli’s Korchi and Bamni. “Many comrades were arrested. Some persons turned traitors. To revive the movement in this strategic zone, the party sent a guerrilla company in 2016,” says the document. The Maoists, according to the document, attempted to salvage the situation by striving to preserve the ‘movement’ in older strongholds and by trying to spread to newer grounds, which “became a challenge for the enemies.”

Apart from Maharashtra, the document claims that the Maoists had to make a ‘temporary retreat’ in a few other theatres, including ‘West Bengal, Andhra Pradesh and Telangana’. The document, which carries the account of its activities till mid-2021, alleges that up to ‘6.5 lakh’ security personnel were deployed across Maoist-affected areas in India, ‘the second highest after Jammu and Kashmir’.

Talking about the challenges being faced by Maoists, the document alleges that the Centre and the Maoist-affected states had focused on ‘surgical operations (counter-Maoist operations)’ against them, while beefing up their informants’ networks, the ‘national intelligence grid’ and with the increasing use of choppers and drones. The document claims that the security forces were allegedly developing ‘technical and electronic intelligence in an unprecedented manner’ to gather ‘real-time intelligence’, thereby managing to inflict ‘serious’ setbacks on the Maoists.

When contacted, Gadchiroli’s Superintendent of Police Ankit Goyal said that the police were aware about the Maoist document. Goyal said, “The document is a propaganda tool of the Maoists. As far as the Gadchiroli police are concerned, we work on a two-pronged strategy, of conducting anti-Maoist operations to minimize violence, along with connecting the local populace with the government. Over the last 18 months, 33 Maoists were arrested and 10 Maoists surrendered. 54 Maoists were killed in the exchange of fire, including senior leaders like central committee member Milind Teltumbde and many other local senior leaders.” According to Goyal, police have introduced a single-window facilitation service, ‘Police Dadalora Khidki (Police Brother’s Window)’, at 50 police posts located deep inside the district, which has a 76 per cent forest cover, to simplify the process for the tribal population to connect with the district administration to avail the benefits of government schemes.

MHA sources have pointed out that the Maoists had posed the most severe threat to India’s internal security in 2010, when 96 districts and 465 police stations were Maoist-affected, making the then Centre describe it as India’s biggest internal security threat. As per the 2021 data, say MHA sources, the Maoists’ geographical impact has shrunk to just 46 districts, encompassing 158 police stations.