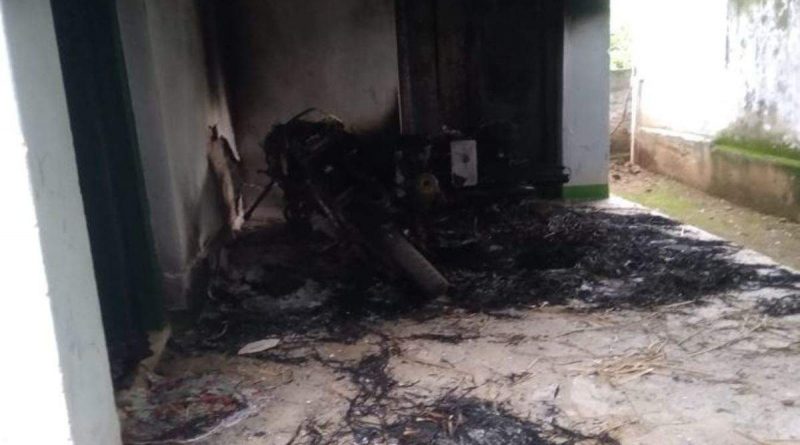 Maoists blew up at least 12 buildings of the Jharkhand forest department in West Singhbhum district on Sunday, police said on Sunday.

According to Indrajit Mahatha, West Singhbhum superintendent of police (SP), over 100 Maoists attacked the buildings in Barkela forest range of Kolhan forest division on Saturday night.

“As per eyewitness forest department employees and their families, over 100 Maoists attacked the forest range office around 11.30 pm and blew up about 12-13 guard quarters, and a guest house along with dozens of seized and private vehicles till 2.30 am. They also burnt down some bikes. They had snatched away the mobile phones and threatened to kill anyone trying to phone or switch on any light. This led to information of the incident reaching the police late this (Sunday) morning,” Mahatha said.

The SP added that the CPI (Maoist) extremists were led by Central Committee member (CCM) Misir Besra and assisted by area commander Mocchu. There were some women members in the group who beat up women guard officers, the officer said.

“We are talking to senior forest officials to shift the employees and over a dozen families to the Chaibasa Township for their security,” added Mahatha.

Police and CRPF have launched intense operations in Sarjamburu-Sangajata forests where another CCM-cum-Politburo member Prashant Bose alias Kshan-da has been camping ever since Maoists shifted their eastern region bureau from Saranda forests to Sarjamburu.

“They have also pasted posters denouncing the Forest Right Act and calling upon the innocent tribal villagers to join and intensify the armed struggle to drive away the forest officials to secure their rights on jal, jangal and jameen (water, forest and land). They have been asking the village heads to send youths to join their ranks and kill police and SPOs. This is another ploy to incite villagers against forest officials, another government apparatus. They want to create a free buffer zone bereft of any police and administrative presence to have complete domination over the area and villagers under their reign of terror,” said the SP.

Kolhan DIG Rajiv Ranjan said this was old tactics of the Maoists. “Whenever they lose their foothold and become organizationally weak, they blow up schools, panchayat buildings, health centers, forest offices and guest houses to spread panic, protect their levy network. They are asking villagers to send their sons and daughters to join ranks because they have lost many extremists and control over the villagers. I appeal to the people to ponder who actually benefited from these so-called misleading fights for jal, jangal and jameen,” said Ranjan.