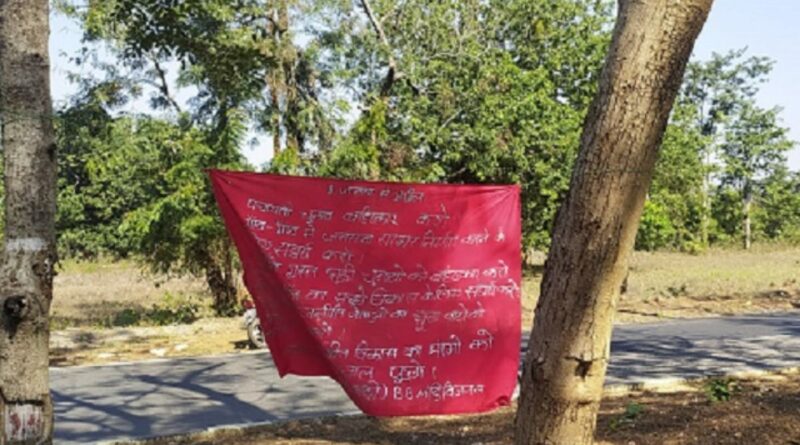 Bargarh District, February 2, 2022: CPI (Maoist) banners urging people to boycott the ensuing panchayat elections surfaced near Majhipali Chowk along the Biju Expressway in Odisha’s Bargarh district on Tuesday. The two banners, put up by Bargarh-Balangir-Mahasamund (BBM) divisional committee of the CPI (Maoist), were seized by police.

In the banners written in Hindi, the Maoists appealed to the locals to boycott the panchayat polls. Terming the election as fake and corrupt, the Maoists urged locals to fight for real development of their villages. “Villagers should expose the false promises made by capitalistic leaders and question them,” the banners read.

Police launched an investigation to ascertain the veracity and genuineness of the propaganda posters. Sources said the Maoists may have put up the banners to make their presence felt in the area ahead of panchayat polls.

SDPO Bibhuti Bhusan Bhoi said there has not been any Maoist activity in Paikmal block of Bargarh district for the last more than two years. “There is nothing to panic and everything is under control. Necessary arrangements will be made to ensure free and fair election,” Bhoi added.