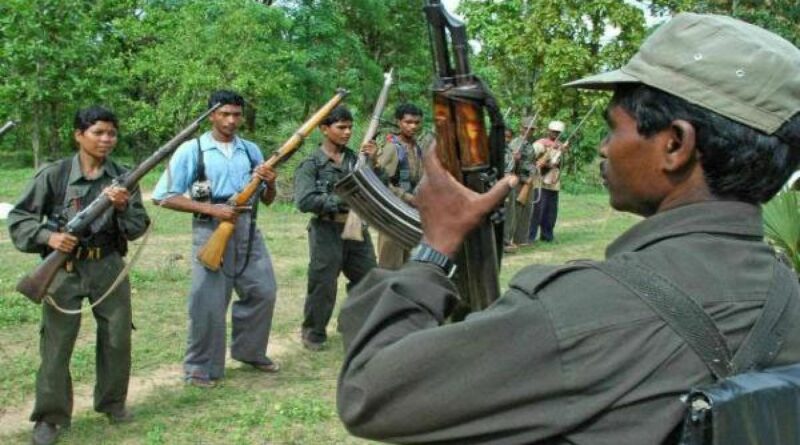 New Delhi, Sep 24: The Telangana police have upped the ante against the CPI (Maoist) after several of their cadres have been spotted entering the state on numerous occasions.

The Maoists from Chhattisgarh have been told by their leadership to enter Telangana and East Godavari district in Andhra Pradesh. In the past 30 days, 8 Maoist cadres have been gunned down by the police along the forest borders with Chhattisgarh and Maharashtra.

On Wednesday, three CPI (Maoist) cadres, including two women were shot dead in an exchange of fire with the police at the Chennapuram forest area under the Charla police station in Telangana. The police recovered an 8mm rifle, one pistol and explosives.

Earlier, during another exchange of fire at Palwancha reserve forest, the Maoists managed to escape. The police had recovered an SBBL rifle, a kit bag and a solar plate meant for charging electronic equipment.

Superintendent of Police, Sunil Dutt said that the police got credible information about the movement of CPI (Maoist) cadres in the forests along the Chhattisgarh border. They were planning to wreak havoc in Telangana between September 21 and 27. He said that the combing operations would continue.

On September 7, two Maoists are shot down in Vaddipeta-Pusuguppa forest area of Charla block. On September 19, in Asifabad, two CPI (Maoist) cadres were gunned down by the Telangana police during an exchange of fire.

There have been several incidents of Maoist movement reported in Telangana in the past few months. The police say that they have been attempting to re-group and plan attacks against the state.

The combing operations in the wake of these developments have been ramped up in Adilabad, Asifabad, Mancherial, Mulugu, Bhdradri Kothagudem and Bhulapally.

In June, the National Investigation Agency had arrested one person from Hyderabad, who had played a key role in supporting and further the activities of the CPI (Maoist). Nalamasa Krishna, who was arrested is the Vice President of the Telangana Praja Front.

Investigations revealed that Krishna regularly visited the top leaders of the CPI (Maoists) in the Chhattisgarh forests and passed on their directions to Madilleti. He was also instrumental in directing the frontal organizations like the TPF, TVV and others to take up various agitations and activities as per the ideology of the CPI (Maoists).

Under the garb of agitations for the welfare of the people, he misused the democratic set up for their ulterior motive of strengthening of the CPI (Maoist), which is a banned organization, the NIA had said.