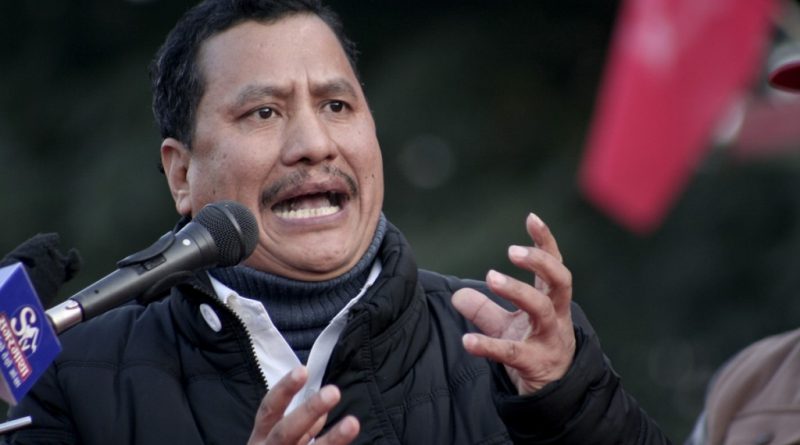 Police said they had beefed up security across Kathmandu valley and at some government offices, following yesterday’s blast allegedly by Netra Bikram Chand-led Communist Party Nepal.

Chand-led CPN, outlawed by the government, had yesterday planted two bombs, one inside the house of Sobha Kanta Dhakal at Nagarjun Municipality and another inside Lalita Niwas, a high security zone. Police have not made any arrest in connection with the incidents, so far. Dhakal is one of the accused in the Lalita Niwas land grab case.

The bomb planted at Dhakal’s house went off causing minor damage to the house and the vehicle parked inside the garage, while the bomb planted at western corner of Lalita Niwas, near residential area was defused by Nepali Army last night.

The government imposed ban on all kinds of activities of the Chand-led CPN since March last year, following a blast by the outfit outside Ncell office in Nakkhu that killed one person. Police said they have arrested as many as 1,357 cadres of the Chand-led CPN ever since. Of those arrested, cases on various charges were field at different courts against 1,200 persons while rest of them were released after inquiry. Despite police action, criminal activities of the CPN continues unabated.