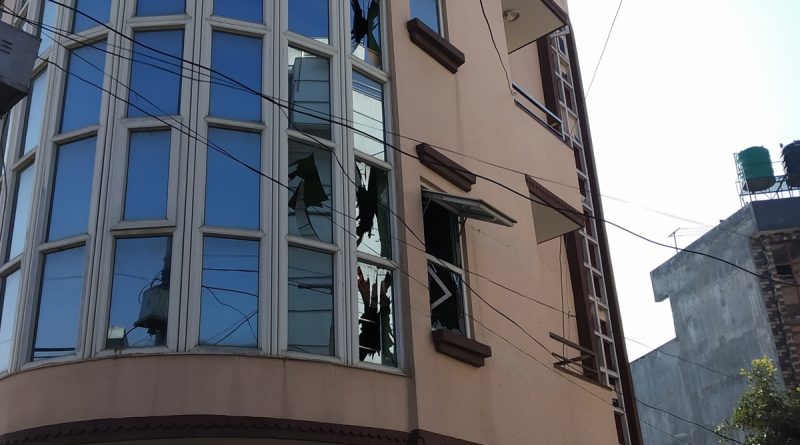 BHAKTAPUR: A pressure cooker bomb has gone off in the house of former Minister for Communication and Information Technology Gokul Prasad Baskota in Bhaktapur.

The bomb went off in the Baskota’s house based at Manohara in Madhyapur Thimi Municipality this morning, Superintendent of Police (SP) Sabin Pradhan told Khabarhub.

According to an eyewitness, a maruti van being parked on the premises of the under-construction house sustained damages in the explosion.

The houses of Kapil Ghimire and Kuber KC, the neighbors of Baskota, have also sustained damages.

Meanwhile, a source at the Special Bureau of Nepal Police has claimed that outlawed Communist Party of Nepal (CPN) led by Netra Bikram Chand alias Biplav has a hand behind the  explosion.

Nepal Police has been keeping close tables on the activities of Bipalv outfit, of late. The outfit has been involved in various criminal activities including arson attacks on Ncell towers and extortion.

Minister Baskota had resigned from his post after his video footage bargaining for a commission of Rs 700 million in security printing press procurement went viral on social networking sites.