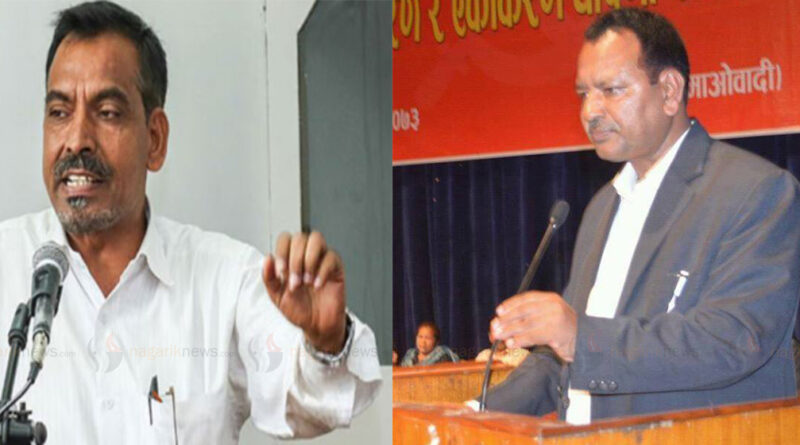 Issuing a press statement on Wednesday, the party said that the duo have been expelled for promoting factionalism, taking decisions contrary to the joint people’s revolution, giving interviews to the media using defamatory language against the party leadership and acting against the party’s policies.

The statement issued by the party’s General Secretary Chand claims that despite agreeing to safeguard the decisions endorsed by the party and discuss matters of discontent inside the party committee, the two leaders spoke against the party and the leadership in different media.

“Kanchan (Banstola) issued a separate statement as a secretariat member urging party members to refrain from taking part in polls or face action,” reads the statement. “The meeting of the party’s secretariat held following the statement decided to relieve them of party responsibilities indefinitely.”

There were serious differences within the party on whether or not to participate in the local elections. The party’s establishment faction led by Chand stood in favor of participating in the elections while Oli and Banstola were against it. The party amid differences decided to participate in the local polls. As the party hasn’t been registered with the Election Commission, it has fielded its candidates as independents.

The party is contesting for the leadership in 35 local levels while it has fielded ward chairpersons and members in additional 100 local levels. Oli and Banstola had been publicly criticizing the move to participate in the polls.

“Anyone working against the party policy, ideology and interest means s/he actually wants to walk out from the party,” said the statement. “Oli and Banstola have taken that course.”

The Chand-led party decided to join mainstream politics in March 2020 after signing an agreement with the government. Chand had formed the Communist Party of Nepal after splitting from the Maoist party led by Mohan Baidya which was formed after splitting from the Commmunist Party of Nepal (Maoist Centre). Until Chand signed the three-point agreement with the then Oli government, he was for launching what he called “unified revolution”.