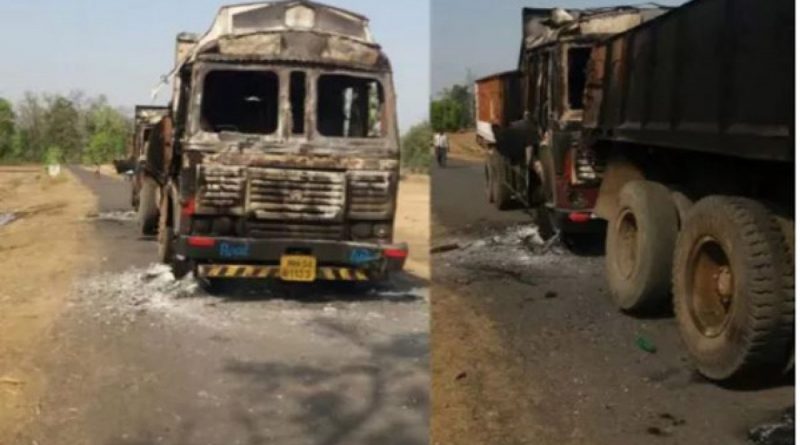 The attack comes days after senior female leader, Surjanakka, of Naxalites was eliminated by security forces in Gadchiroli’s encounter. The Naxal leader Sujanakka alias Chinakka alias Jaini (48) had Rs 16 lakh bounty on her head. In the protest against her encounter, the Naxalites called for a complete shutdown. The incident of burning trucks took place in the area of Savargaon police station, which is adjacent to the police station.

It is notable that a large number of Naxalites were present at the place where the trucks were set on fire. Reportedly, Naxalites carried out a massive encounter three days ago in South Gadchiroli in which two police personnel were martyred. Today, the Naxalites have registered their presence by arson in the North Gadchiroli. Teams to tackle against the Naxals have departed.

May 2 encounter in Gadchiroli

The Women commander of the banned Naxal outfit Communist Party of India (Maoist) was eliminated in the encounter by the security forces. She was in the most wanted list of the Maharashtra police, Telangana police, and also Chattisgarh police with a bounty of Rs 16 lakh on her head. 144 serious offences were registered against her including ambushes on police and civilian murders. She had joined the Naxal movement in 1988 and was the wife of CPI (Maoist) leader Devji.

As per reports, C-60 commandoes were conducting a search operation in the jungles of Sinbhatti under Pendhra division when they were attacked by the Maoists. The commnados retaliated and the encounter went on for an hour.

During the search operation, the security forces discovered a Maoist camp which was set up by Maoists who had planned to carry out the attacks on the security personnel. An AK-47, a Claymore mine, a pressure cooker, and Naxal literature was found from the spot.