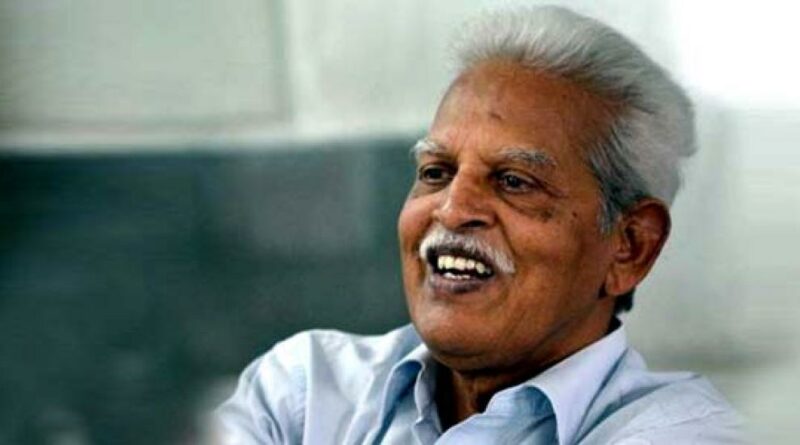 Mumbai, March 1, 2022: The Bombay High Court on Tuesday extended till March 8 the medical bail and the time allotted to Telugu poet and political prisoner Varavara Rao, an accused in the Elgaar Parishad case, to return to jail.

The court also questioned whether the conditions at the Taloja jail had improved, adding that, if not, the accused would be exposed to more diseases if sent back to jail.

Mr Rao had been granted medical bail for six months on February 22, 2021, and the same was later extended from time to time.The previous extension was supposed to end on March 3, 2022.

A division bench of Justice Sunil B Shukre and Justice Govinda A Sanap was hearing Rao’s plea, which was filed last year. The petition said the six-month period following Rao’s release from jail had ended on September 5 and that he continues to suffer from various ailments.

The 82-year-old added that medical reports showed he has asymptomatic Parkinson’s disease, neurological ailments and severe abdomen pain, indicating evidence of umbilical hernia. Rao also sought modification of the high court’s condition that he must not leave Mumbai, seeking its permission to return to Telangana.

Senior advocate Anand Grover representing Rao submitted that the “attitude of the prosecution must change and their endeavor cannot be to keep an accused in the prison at the cost of his health” pending trial.

Grover said that Rao’s co-accused Father Stan Swamy, who was suffering from Parkinson’s, died in hospital while his medical bail plea was pending in court.

Grover went on to submit, “He (Swamy) would not have died had he not been put in prison. You (prosecution) put someone in a position that there is no going back. The attitude of the prosecution has to be that they should try their best to get the prisoner for trial. It should not be that whatever happens to him in prison is fine.”

The prosecution should ensure that the accused is brought to trial with sufficient evidence and should not delay the trial indefinitely, Grover added, noting that Rao, who was arrested in August 2018, is still awaiting trial.

Justice Shukre queried as to why the bail was granted to Rao only for six months and whether the high court order was challenged by the parties to the case. “Because he is 82 years old, he may be drug resistant. In six months will the Taloja prison improve? He will be exposed to more diseases,” the judge remarked.

A bench led by Justice S S Shinde, on February 22, 2021, while granting temporary relief to Rao, had observed that the hospital attached to the Taloja Central Prison and the jail ward of JJ Hospital were “ill-equipped and inadequate” to take care of Rao’s health and sending him back to the prison would “certainly endanger his life” and would “run the risk of deterioration of his health to the point of no return”.

The Bombay High Court had then directed that Rao should surrender after a temporary bail period of six months or apply for an extension depending upon his health condition supported by medical reports.

“With the kind of observations in the HC order, prima facie we do not see any scope of review (unless proved otherwise by prosecution). And this order has attained finality,” Justice Shukre remarked. The prosecution will show the said order can be reviewed or revisited, responded advocate Sandesh Patil representing the National Investigation Agency.