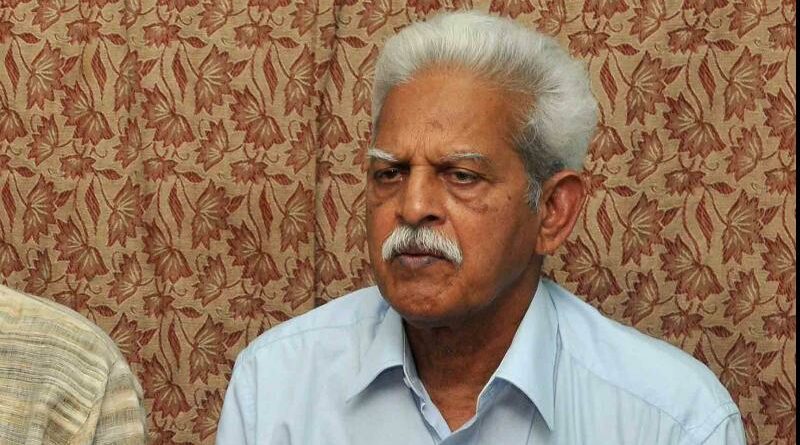 Mumbai, January 8, 2022: The Bombay High Court on Friday extended till February 5 the date of surrender for Telugu poet and Political Prisoner Varavara Rao, an accused in the Elgaar Parishad case, currently on medical bail, before the Taloja prison authorities in Maharashtra state.

A Bench of Justices S.S. Shinde and N.R. Borkar dismissed the National Investigating Agency’s request for extending the date of surrender only by a week. The Bench said in view of the rising cases of coronavirus across the State, it would not be wise to send the 83-year-old poet-activist back to prison.

Mr. Rao was granted temporary medical bail for six months in February 2021 by another Bench of the HC led by Justice Shinde. He was admitted to the private Nanavati Hospital in Mumbai for treatment of multiple ailments.

His date of surrender was scheduled for September 5, 2021, but Mr. Rao filed a new application through advocate R. Sathyanarayanan and senior counsel Anand Grover seeking an extension of the medical bail.

On Friday, NIA counsel Sandesh Patil told the HC that Additional Solicitor General Anil Singh had not been briefed in the matter and sought a week’s time to complete the process.

The Bench, however, said there was no point posting the matter for hearing next week and extending the date of surrender considering the coronavirus pandemic.

Mr. Grover told the court that considering Mr. Rao’s health condition and his age, the Telegu poet had also filed a fresh application before the HC seeking “permanent bail on health grounds”.

The Bench said it will consider all the contentions raised, including those in the new applications filed by Mr. Rao, on February 4, the next date of hearing.

It, accordingly, extended the date of surrender for Mr. Rao till February 5.