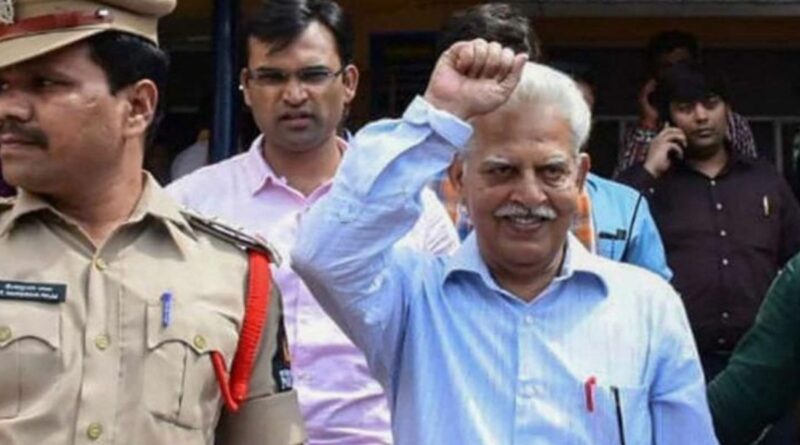 Mumbai, November 18, 2021: The Bombay High Court on Thursday extended till December 2 the time granted to Telugu poet and political prisoner Varavara Rao to surrender before the Taloja Central Jail authorities in Maharashtra state.

Mr. Rao, 82, was arrested on August 28, 2018 in connection with the Bhima Koregaon case and was lodged in Taloja Central Jail. He was granted interim bail for six months on medical grounds by the High Court on February 22 this year. He was scheduled to surrender and return to judicial custody on September 5.

A Division Bench of Justices Nitin Jamdar and S.V. Kotwal was on Thursday hearing a plea filed by Mr. Rao through senior advocate Anand Grover seeking an extension of his medical bail. Mr. Rao is currently living in Mulund with his wife.

Mr. Grover informed the court that Mr. Rao was admitted to a hospital on November 6 and discharged on November 16 after a medical procedure. The Bench directed him to file a fresh plea with substantial modifications for seeking extension of his medical bail.

On August 27 this year, he had filed a petition urging the court to extend his medical bail due to his frail health. The plea said, “He has been reporting every fortnight to Kurar (East Malad) police station through Whatsapp video call. He has abided by all conditions levied by the court and not violated any directions from the court.”