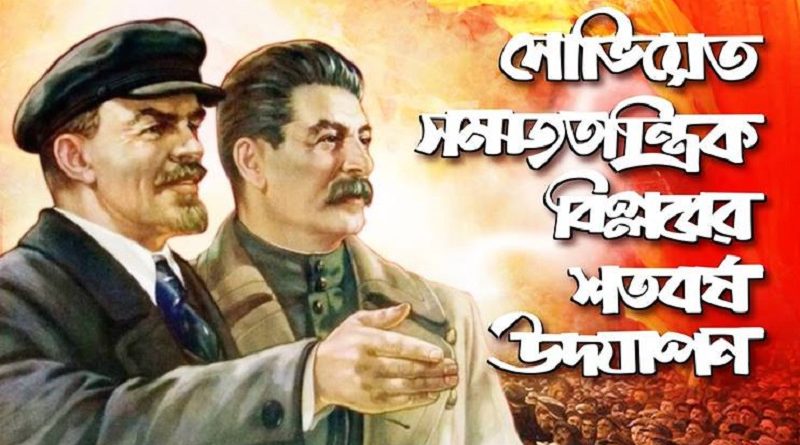 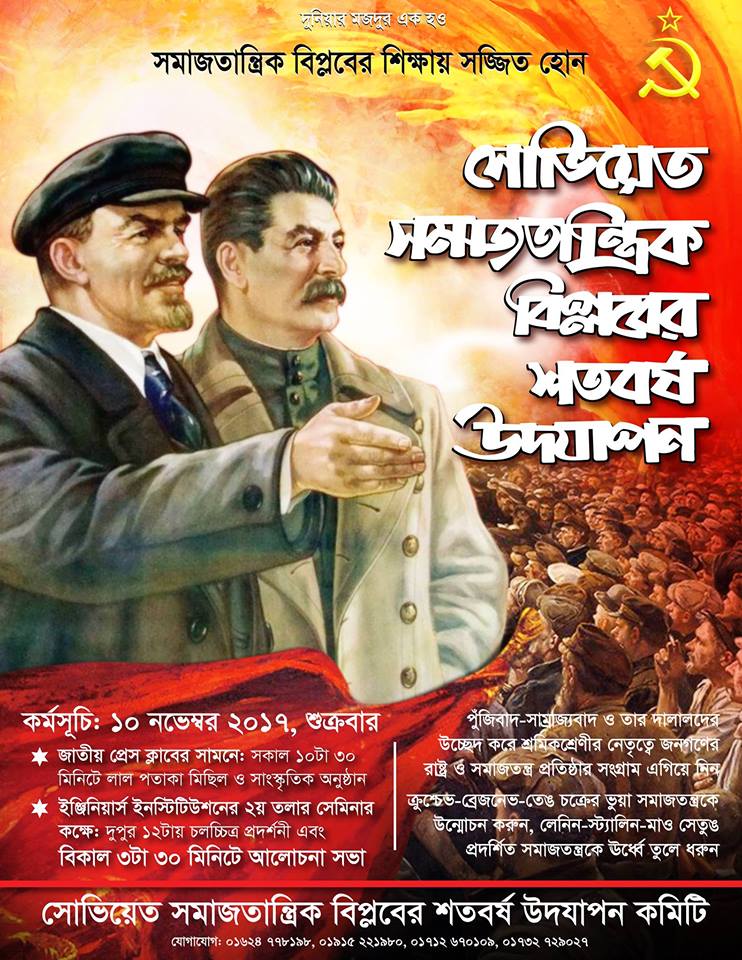 The Soviet Socialist Revolution of 1917, occured one hundred years ago, is a milestone in the history of the liberation of mankind. Under the direction of Comrade Lenin and the Bolshevik Party, the oppressed people under the leadership of the working class seized power in Russia in this tremendous revolution. By overthrowing the exploiter-owner class, including the bourgeoisie at power, they established a state of the dictatorship of the working class. Through this, the only way to liberate humanity, the revolutionary journey in the way Marx-Engels marked, on the path of socialism-communism started.

In order to take this fight forward, the working class and the oppressed people around the world are celebrating the centenary of the Soviet Revolution in huge revival. We are also observing various programs in this country. The main program will be held in Dhaka on 10 November. We are inviting you to att

end all the events of the centennial celebrations.