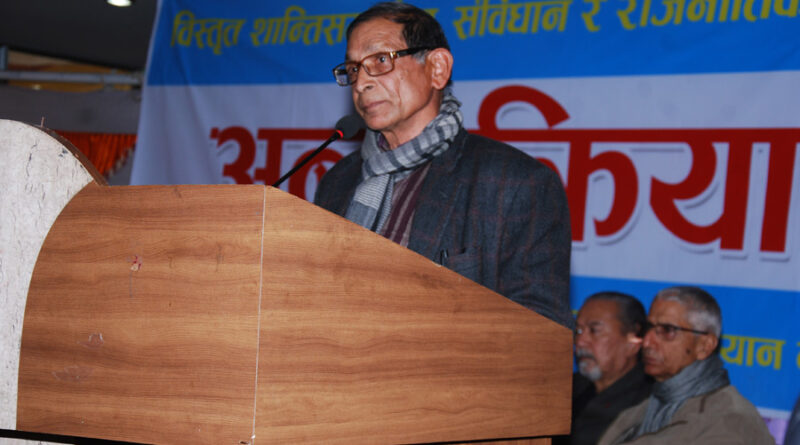 Kathmandu, June 2, 2021: The Mohan Baidya-led CPN (Revolutionary Maoist) has protested the budget brought by the government.

Issuing a press statement Wednesday, Baidya said, “The budget has further brokered Indian expansionism and US imperialism by emphasizing the implementation of the MCC project through mining and river products’ export and power transmission lines expansion against the country’s environment and national identity.”

He added that the working class had been completely deprived of the necessary salary, facilities and relief. “Overall, the budget is based on protection of the rights and interests of the middlemen and bureaucrats, the bourgeoisie and the feudal class,” the statement read.

“It is based on foreign reactionism, traditionalism, cheap populism and contrary to the public interest. Our party strongly opposes this kind of anti-national and anti-people budget.”

The CPN (Revolutionary Maoist) has urged the government to increase the scope of Covid-19 testing, provide free and accessible healthcare and make arrangements for immunization at the earliest and bring relief, rescue and unemployment allowance packages for the needy, poor and working-class people.

Similarly, the party has demanded the release of its leaders and cadres.