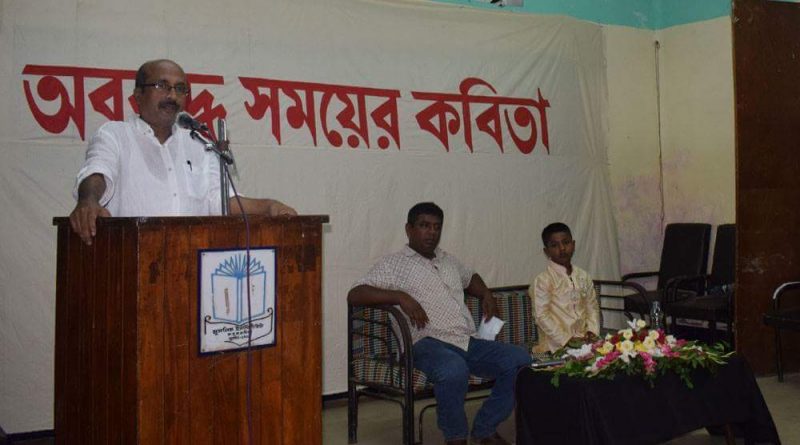 (On 31 August, a statement was issued with the demand of unconditional release of the Poets, writers, and intellectuals detained in India. This was read on the stage in a ceremony during the ‘Poetry of Block Hour’. 63 signatures were read out during the ceremony)

The present Indian ruling Awadh Hindutva fascist Narendra Modi government has launched a country-wide campaign to suppress poets, writers, human rights activists, intellectuals, journalists, and any organization that is engaged in the struggle for the overall liberation of the oppressed, deprived, and oppressed people of India. In the cities of Hyderabad, Mumbai, Poona, Delhi and other cities, on August 28, the police forces raided the homes of progressives and intellectuals and arrested many of them. Among them are revolutionary poets, Comrade Bharvara Rao, journalist Vernon Gonsalves, writer Arun Ferrera, lawyer Sushan Abraham, social activist Gautam Navlakha, and People’s Union of Civil Liberties activist Sudha Bharadwaj.

Poets and writers presented at the “Poetry of Block Hour” condemn the fascist behavior of the Indian government and immediately demanded the unconditional release of the detainees.