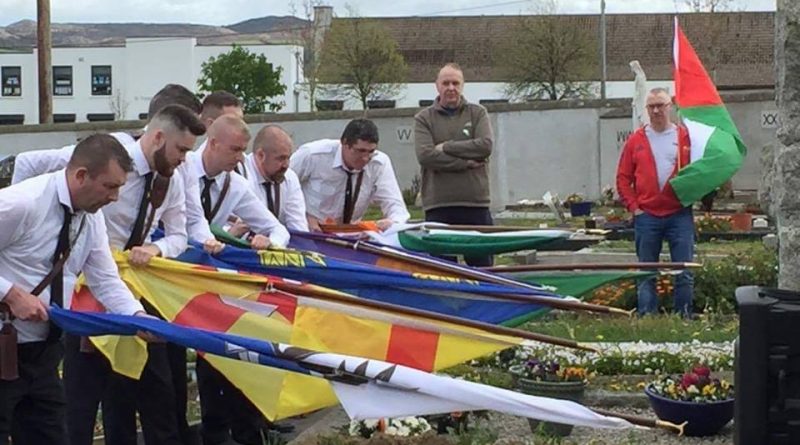 Socialist Republicans from across Ireland gathered in Bray today to redeadicate themselves to the cause of an all-Ireland socialist republic. 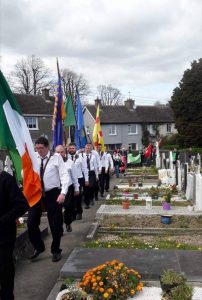 he parade was led by Chief Steward George Mcanaspie carrying the starry plough that adorned the coffin of Séamus Costelo, followed by a national colour party made up of socialist republicans from Wicklow, Dublin, Belfast and Scotland followed by flag bearers representing the four provinces of Ireland.

This was followed by a Palestinian solidarity bloc that demanded freedom for all Palestinian and Irish political prisoners.

This was followed by Pádraic Mac Coitir an ex blanket man from Belfast, who read a solidarity statement from the Popular Front for the Liberation of Palestine to all those who fight for an Irish socialist republic.

Pádraic was followed by the main speaker of the day, John Dwyer from Wexford, who gave an inspiring oration charting the future course for Irish Socialist Republicanism.

Those in attendance left today’s event confident in the knowledge that the struggle for national liberation and socialism would be pursued with passion by a new generation of socialist republicans!