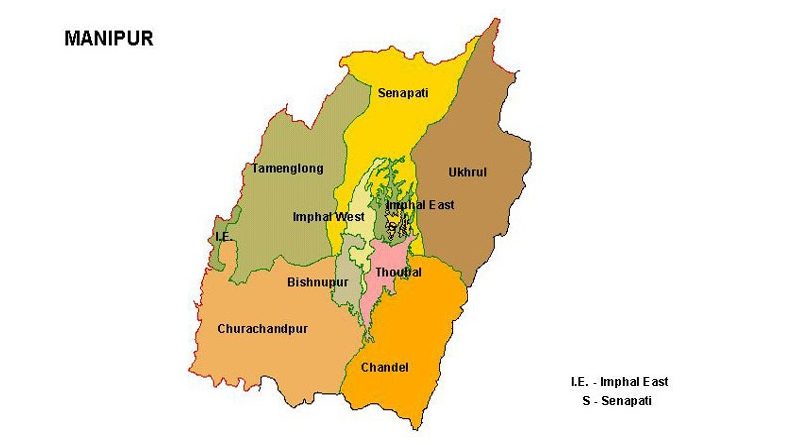 The Struggle Committee Manipur request the people of Manipur to join the torch rally on the 28th of February 28,2017 for the sole purpose of highlighting :

i) The struggle to save the indigenous peoples of Manipur, and to protest the attempt of certain non native inhabitants trying to rein us by contesting in the forthcoming State Assembly election.

ii) The forced relocation of the poor fishermen of Loktak & the pilferage of a mammoth sum of money allotted for the beautification & cleaning of Loktak Lake and the person who was behind this nefarious deed, Mr. Okram Ibobi, be tried for his crime against humanity.

ii) The hushing up of the infamous narco scandal at Imphal Airport, involving one phantom by the name Mr. Tarpon & yet again involving the infamous Mr. Okram Henry, the nephew of the notorious 10% CM Mr. Okram Ibobi.

iv) Demanding a public apology by the heartless Cretin & Monster CM Mr. Okram Ibobi for the blot in the history of human rights involving the broad daylight murder of an expectant mother Rabina, in her advanced state of pregnancy & Sanjit, by the uniformed law enforcement agency and the heartless statement “there is no other alternative except to kill-hatpa nattana upai leite” following the unforgivable incident.

v)Demanding an explanation to the public why Article 3 was not amended by the Indian National Congress party in order to safeguard the territorial integrity of Manipur.

Mr. Okram Ibobi,the leader of the Indian National Congress party in Manipur does not have any moral or legal right to talk of safeguarding the territorial integrity of Manipur. The public unless morally corrupt and malingering to have a selective amnesia under the influence of some petty amount of money are well aware of the June uprising in 2001 and the fact that the Indian National Congress was the at the helm of affair since 2004 for a decade, both at the state and the centre. Why then was Article 3 of the Indian constitution not amended to safeguard the territorial integrity of Manipur during the reign of the INC at both the state & the Centre? Certainly Mr.Okram Ibobi owe us the public an explanation. To use the sensitive issue of territorial integrity at this time of the forthcoming state assembly election by him & the INC is a gimmick and a farce on the part of Mr. Okram Ibobi and the INC.

It was on the 4th of August 1972 when the INC and the United Naga Integration Council(UNIC) laid the foundation of the disintegration of Manipur when the then state INC President H.Nilamani Singh gave a nod of agreement to the UNIC, compromising the territorial integrity under the influence of the INC bureaucrat Mr.Sheel Bhadra Yajee. How can the INC led by Mr. Okram Ibobi fool us and to hypnotize us with the mantra of safeguarding the territorial integrity when his party were the one to jeopardize the same territory they promise to safeguard.

The Struggle Committee Manipur would also like to remind the public that it was the INC who gave away the “Kabaw Valley” on a platter to the then Burmese Government and also the fiasco of the border fencing a few years back, the voice of dissent of the public was however silenced by a sum of 50 Million obtained as a compensation. Mr. Okram Ibobi obviously is under the illusion that Manipur is his personal property. A detail report of this was published on the Indian Newspaper, the Times of India, dated 31st Oct 2013.It was indeed a well orchestrated sellout of the territorial integrity of Manipur hatched by both the state & the centre with the blessing of the INC. The hoarse shrill of territorial integrity by the INC to woo the public in order to champion himself as the savior of Manipur is indeed laughable.He may fool some all the time but he certainly cannot fool some. We stand to fight the anti people fascist attitude of Mr. Okram Ibobi and the INC. It is also very obvious that his reign of Manipur for the last 15 years under the patron of INC was the worst phase in the history of Manipur and it won’t be an exaggeration if we compare his reign with that of the seven years devastation of Manipur at the hands of the Burmese(chahee taret khuntakpa).Some of the notorious achievement of his reign includes the brutal suppression of the indigenous people, the polarization of Chingmee Tammee, the emergence of explosive Narco trade, the brutal genocide of his own people etc.

So we, the Struggle Committee, formed by a conglomerate other antifascist groups piloted by the Socialist Students Union Manipur, earnestly & ardently request the public of Manipur to join us at this Torch Rally on the 28th Feb 2017 raising our voice in unison with these slogans