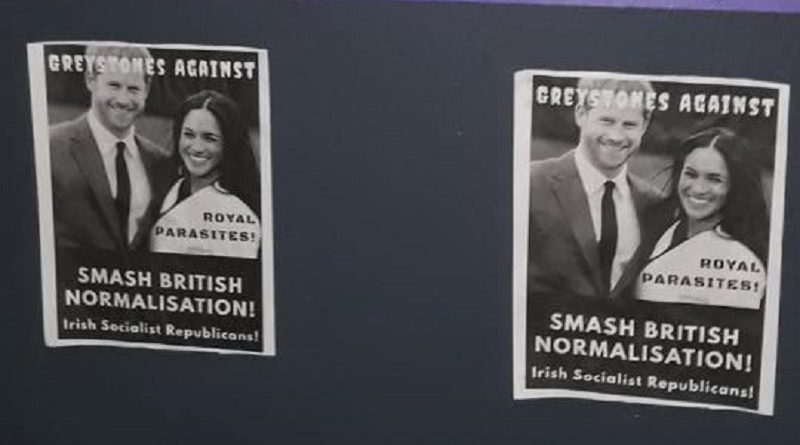 As the West Brits at the Whale Theatre in Greystones Co. Wicklow prepare to host a live screening of an English Royal Wedding, Irish Socialist Republicans carried out a direct action to highlight the serious opposition in the local area at what is a deliberate attempt to promote the ongoing occupation of Ireland as normal.

Posters have been erected on the Whale Theatre and in Greystones village that read- Greystones Against Royal Parasites- Smash Normalisation.

All attempts to normalise the illegal occupation of Ireland by Britain must be resisted by Republicans. Britain Get out of Ireland Now!