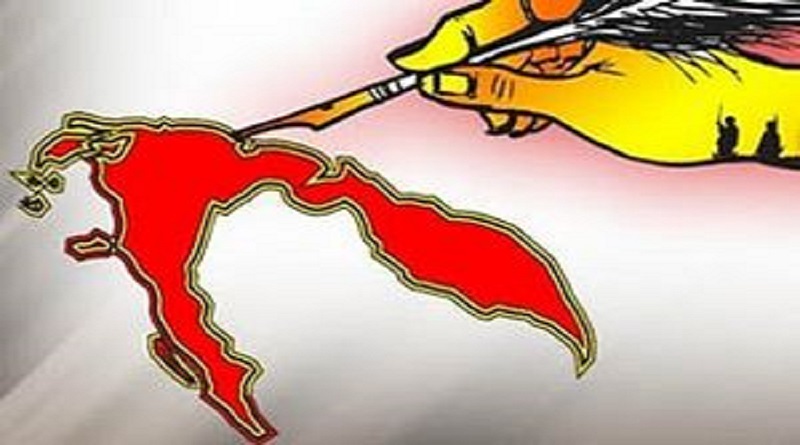 The unitary State of genocidal Sri Lanka, particularly its president who hails from the North Central Province, is slowly and silently annexing lands of the ancient Tamil village Thamapalakaamam, an agricultural village, which is also a suburb of Trincomalee city in the Eastern Province, with Anuradhapura district. Carving out 75% of the lands coming under Thampalakaamam division and after Sinhalicising the area into two villages with Sinhala colonisers, the current regime of Maithiripala Sirisena, is attempting to administratively annex these villages with the Anuradhapura district, informed Tamil civil sources in Trincomalee said. Thampalakaamam is located about 27 km southwest of the east port town on the Trincomalee-Kandy highway.

Thampalakamam has been a traditional Tamil division for centuries. Still, five of 12 GS areas within the district have been Tamil villages.

The history of Thampalakamam and historic Koa’neasvaram Temple in Trincomalee has been interlinked.

The Portuguese destroyed Trincomalee Koa’neasvaram temple in the year 1624.

Priests who fled from the temple took most of valuable main statues of Saiva gods for safe custody to Swami Malai in Thampalakamam village.

Later, the place where the statues were kept was called Thampalakaamam Aathi Koa’neasvarar (Koneswarar) Temple.

Almost two decades ago, Sinhala soldiers put up a small Buddhist shrine under a Bo- tree, which is located in front of the Aathi Ko’neasvaram Temple and installed a statue of Lord Buddha. The area has been fully Sinhalicised into Galmityawa.