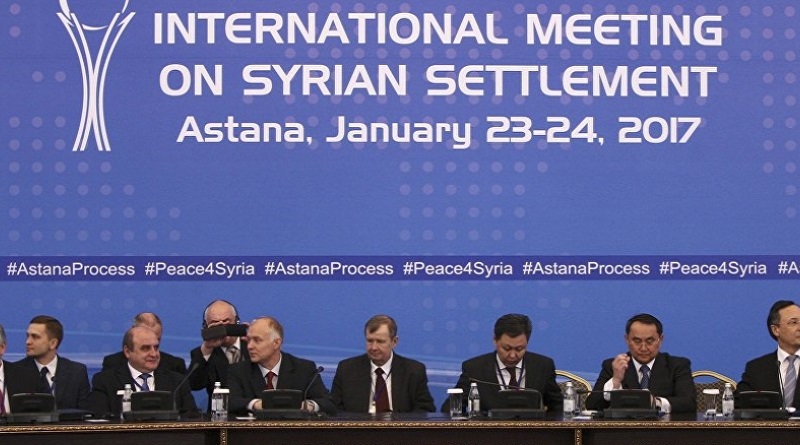 According to reports and the comments of two Russian officials, Moscow proposed a draft constitution to the Syrian opposition at the recent Astana talks.

Alexander Lavrentyev, the head of Russian delegation at Astana said, “We transferred the draft constitution, which was prepared by Russian experts, to the Syrian armed opposition. I want to emphasise, we have done this solely for the reason that we want to accelerate this process and to give it some additional pacing, we are in no way interfering in the process of consideration and adoption of the constitution.”

Russian Deputy Foreign Minister Mikhail Bogdanov also supported this statement telling Sputnik, “There are proposals and ideas that could be discussed, they could be really useful, after all.”

However statements by the Syrian opposition calling for the listing of the YPG and PYD as terrorist groups, and the regime delegation rejecting federalism during the Astana talks has contradicted this development.

What’s in the constitution?

According to a comprehensive report in Rudaw Arabic, the new constitution will not refer to any ethnicity and be called the “Syrian Republic” rather than the “Syrian Arab Republic,” which is what it is called now.

The new constitution will also recognise autonomous Kurdish areas in the north of the country, decentralise power, not include ‘Islamic jurisprudence as a source of legislation’, and provide equality for all languages.

Although there is no mention of a federalism in the draft constitution, it is likely that the constitution includes the suggestions of the autonomous adminstration in Rojava-Northern Syria Federation. Russian officials are thought to have held meetings recently with all the components in Rojava on their suggestions for a new constitution.