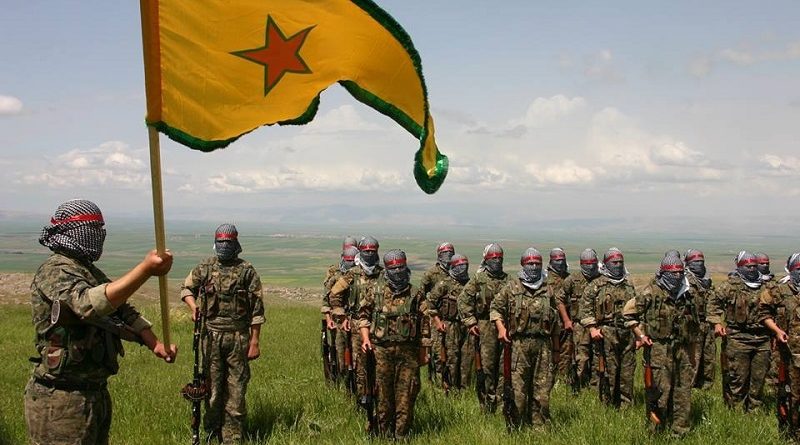 An area of 2480 km2 encompassing 197 villages, tens of hamlets and Jabar Castle was liberated in western Raqqa during the second phase of Operation Wrath of Euphrates.

Wrath of Euphrates Operation Room fighters held a press conference to announce the balance sheet of their operation in western Raqqa that began on December 10, 2016, announcing that 260 ISIS members have been killed and 18 others have been captured alive so far.

Representatives of tens of tribes including Wizze, which is the umbrella organization of 28 Arab tribes and constitutes the biggest tribe in Raqqa, also participated in the press conference and gave a message of support to the Syrian Democratic Forces (SDF).

Wrath of Euphrates Operation Room spokesperson Cihan Sheikh Ehmed read the press statement and said that the second phase of the operation to liberate Raqqa, which had begun on December 10, 2016 to answer the calls of Raqqa’s residents, continues. Below is the full text of the press statement, translated by ANF English service:

“Below are the gains that have been made during the second phase of the operation launched by the SDF Military Council in order to end ISIS terror:

2- Our forces have seized the bodies of 115 of the 260 ISIS gang members that have been killed, and captured 18 terrorists alive. Many guns, ammunition, and military vehicles have been seized. 40 car bombs have been neutralized; many of which were destroyed from a safe distance and some of them were seized by our forces.

3- Thousands of civilians in western Raqqa have been rescued and evacuated to secure zones. Citizens returned their homes after minesweeping operations in the villages, and received the aid they need.

4- 2500 new fighters joined our forces since the start of the operation. As part of international agreements, the new recruits received necessary training.

5- 42 fighters, 3 of whom were of foreign nations (Citizens of Britain, Canada, and the US) fell as martyr during the Operation Wrath of Euphrates. Moreover, our union was strengthened when the blood of 3 fighters from the Assyrian Military Council mixed with the blood of their Kurdish and Arab comrades.

THANKS TO THE REGION’S RESIDENTS

As the Wrath of Euphrates Operation Room Command, we thank the residents of the recently liberated region for their warm welcome and support to our fighters. We reiterate our promise that we will always protect and support them. We will not backtrack on this promise whatever it costs to us.

We call upon the region’s residents to join the SDF, form their assemblies, and protect their land. We also thank the international coalition and its expert units for accompanying us in the battlefield.

THANKS TO KOBANÊ ADMINISTRATION

We also thank the Kobanê Canton Democratic Autonomy Administration’s institutions and security forces for their support to the civilians from liberated areas. We emphasize that we will achieve more victories until the liberation of Raqqa, and end terrorism in Syria.”