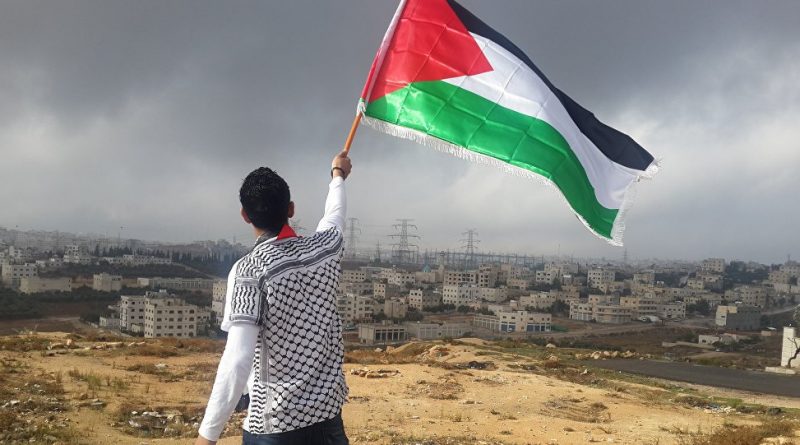 Zionism claims that Jewish people have a special right to occupy and rule the territories which their remote ancestors inhabited two thousand years ago.  Even then the Jews were only one of many different peoples residing in that part of the world.  More recently Jews had become a tiny part of the population in what had come to be known as Palestine.  None the less, the Zionists claim the right to subdue and expel other people such as the Palestinians from this region.  At best they tolerate non-Jews as subject peoples.  In essence this is no different from the Nazi lebensraum doctrine which asserted that Germans had the right to seize the homelands of neighbouring peoples.  Zionism is in every sense a thoroughly racist, reactionary doctrine—one rejected by many Jewish people around the world.

From 1918 when it occupied Palestine, British imperialism encouraged immigration by Jewish people while ignoring Arab protests.  In 1948 the British Labour Government supported the violent establishment of the Zionist state of Israel. This brought about the mass expulsion of many Palestinians from their homeland.  Israel relies on massive military aid from Western imperialist governments and has become the attack dog of US imperialism in the Middle East.  The Israeli military have assaulted Egypt, Lebanon, a Iraq and Syria as well as viciously oppressing the Palestinians.  The same American and British governments that call for Iran to abandon its nuclear reactor programme turn a blind eye to Israel’s possession of nuclear weapons.

The Palestinians have been opposing the seizure of their homeland ever since the nineteen twenties.  Their opposition includes armed struggle against the Israeli “Defence” Force.  The Israeli state, supported by the American and British governments, demand that before they will enter into negotiations the Palestinians must lay down their arms, i.e. surrender.

In 1993 the Palestine Liberation Organisation, led by Yassar Arafat, signed an agreement with the Zionist state which accepted a neo-colonial, Bantustan-type of autonomy which in no way satisfied the Palestinians’ just demands for the return of their territory and political independence.  The struggle against Zionist occupation has continued with Hamas taking the lead in the armed resistance. For this they have been denounced by Mahmoud Abbas, President of the Palestinian Authority.  Abbas and his Fatah movement have become nothing but agents of Western imperialism and have sold out the national struggle of the Palestinian people.

The struggle of the Palestinian people is at the stage of national liberation struggle: the fight to expel imperialist occupiers, the struggle against feudal oppression and for democratic rights.  Past experience elsewhere shows that national liberation struggles do not fully achieve these objectives when led by national bourgeois elements such as Fatah or religious groups such as Hamas, however bravely the latter oppose the Zionists.

Only if the national movement is led by a revolutionary political organisation firmly based among the great mass of the people can it achieve victory.  The further stage of advancing towards socialism is not possible until the national liberation struggle has been completed.  Only the Palestinians can develop their struggle against Zionism and imperialism in this direction.  The task of the rest of us in the meantime is to give whatever support we can to this just cause.

DOWN WITH ZIONISM!   VICTORY TO THE PALESTINIANS!