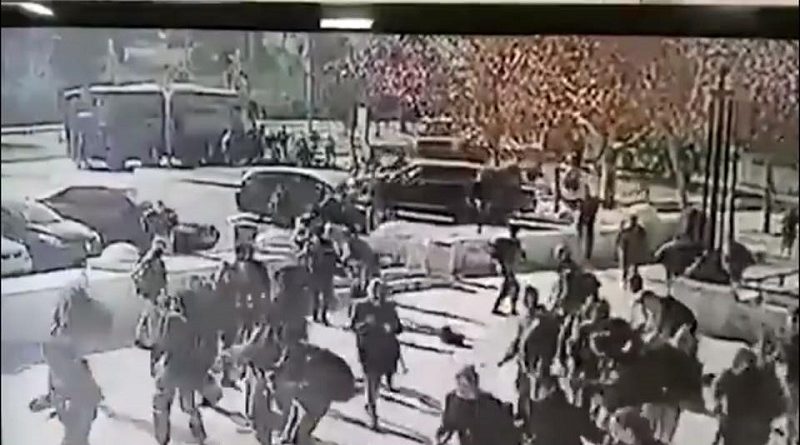 The Popular Front for the Liberation of Palestine joins the Palestinian masses in saluting the heroic operation against Zionist occupation soldiers which took place in Jerusalem, part of the response of the people to the crimes of the occupation.

The Front emphasized that this action proves that the Palestinian uprising is continuing and that attempts to conspire against it will not be successful. The Front salutes and mourns Fadi Qanbar of Jabal al-Mukabber in Jerusalem, a martyr and a hero.

The Front urged all national institutions to participate in strengthening the steadfastness of the Palestinian people under attack in Jerusalem, including the families of the martyrs facing home demolitions and targeted attacks.

Furthermore, the PFLP strongly condemned the statements of the Turkish Deputy Prime Minister Mehmet Simsek denouncing this heroic operation in Jerusalem, describing it as “terrorist,” despite the unquestionable right of Palestinians under occupation to resist their occupation and the presence of occupying armed soldiers on occupied land. The Front said that the Palestinian resistance remains an inspiration for all people’s movements in the world.

The Front noted that this statement once again reveals the truth about the official Turkish position, and that the Turkish state has used the Palestinian cause in order to serve its own interests in the region. It also noted that the operation has come in response to repeated crimes against the Palestinian people which have not drawn condemnations or statements from Simsek.